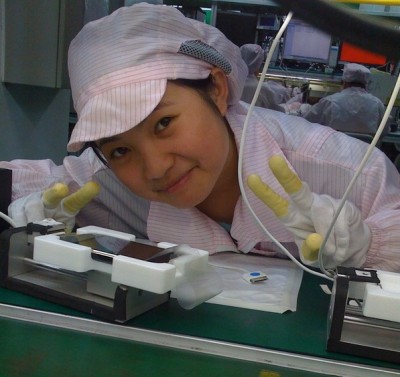 ABC News Australia is reporting that factory workers in Southern China are being treated for poisoning from vapors they breathed in while working on Apple device screen production.

After breathing in the chemical’s vapours, they became dizzy and numb and eventually they could not walk.

“At first the symptoms were pretty obvious. My hands were numb. I could hardly walk or run,” one woman told the ABC.

“I think they knew it was poisonous to human bodies but if they had used another chemical our output would not have increased,” another woman said.

“By using n-hexane, it was much more efficient”.

The women have now been in hospital for more than half a year.

“I am back at work but my symptoms are still with me,” one worker said.

“My legs still hurt. This will accompany me for the rest of my life. It’s very painful.”

The workers’ boss, Zhong Jianxiang, was not available to be interviewed.

Workers in one factory claim to have been poisened by the chemicals used in shining the silvery parts of Apple products – like the Apple logo on iPhones. Others blame the chemicals that go into preparing Apple’s displays. Apple would not confirm these reports and has only said it has tightened its requirements regarding workplace safety at its suppliers.