White iPhones not coming until Spring?! 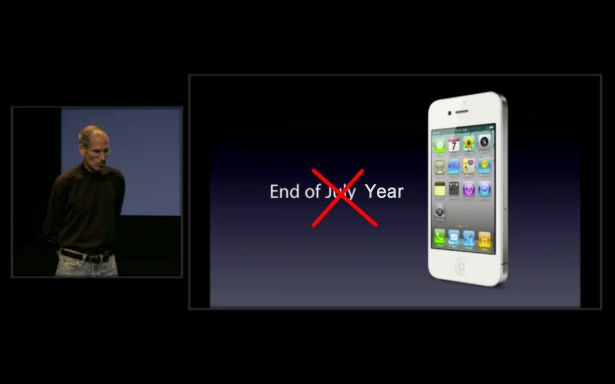 According to Reuters, Apple isn’t going to have a White iPhone Christmas.  In fact, Apple’s iPhones aren’t coming until Spring.

The company has had a difficult time making the white model of the iPhone 4. It released the black version of the smartphone in June.

Apple said last summer that the white model would be available later this year.

“We’re sorry to disappoint customers waiting for the white iPhone again,” Apple spokeswoman Trudy Muller said. When asked why the white phone would again be delayed, Muller declined to comment.

Damn.  For all of Apple’s ability to make amazing products, the White iPhone 4 is proving elusive.