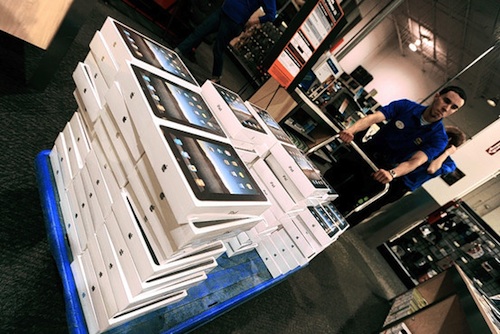 The iPad is already making its way across the different retail chains across the world including Best Buy, Target and Walmart and today Bloomberg reports that the iPad will now be sold at Best Buy’s 158 mobile stores.

Apple is clearly trying to push the iPad out to as many customers as possible, excluding Costco customers that is.