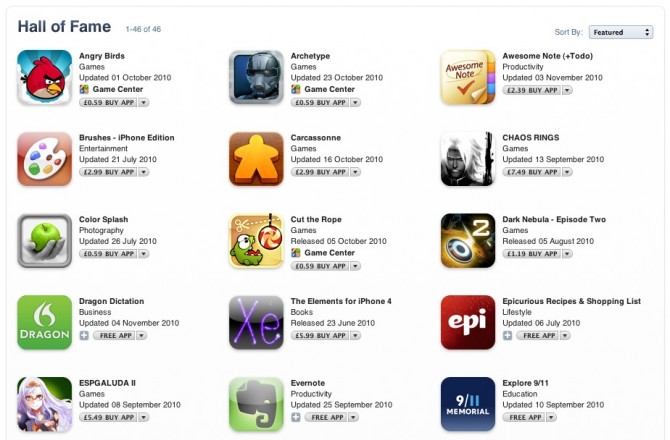 The App Store’s full of apps, thousands of them, but its still a little tricky sorting through them all, now Apple’s put together a new element to guide you to the most popular ones, the “App Store Hall of Fame”.

The Hall of Fame features the top fifty apps of all time, Apple says, describing these as the ‘best of the best’. The list includes both free and paid apps.

Top of the list? A title I downloaded the other day which I now see when I close my eyes. What is it? Angry Birds (don’t do it, it is seriously addictive.).