Update: Barron’s is reporting that CEO Mark Pundsack says the assets of the company are still up for sale and Apple did not in fact purchase the company.

“The rumor is false,” Wi-Gear CEO Mark Pundsack said via e-mail in response to an inquiry from Tech Trader Daily. “Wi-Gear and its IP are still available for sale.”

Macworld also spoke to the CEO who said “I wish”

We’re reaching out to our source for clarification and will report back shortly.  The confusion could have come from one of the co-founders of Wi-Gear joining up with Apple.

Update 2: Our source assumed that the movement of Wi-Gear co-founder Michael Kim to Apple was an indication of a purchase.  We unknowingly used this same event to “verify” his story.  We tried to get ahold of Pundsack but were unable to.  We’re sorry, we were wrong. 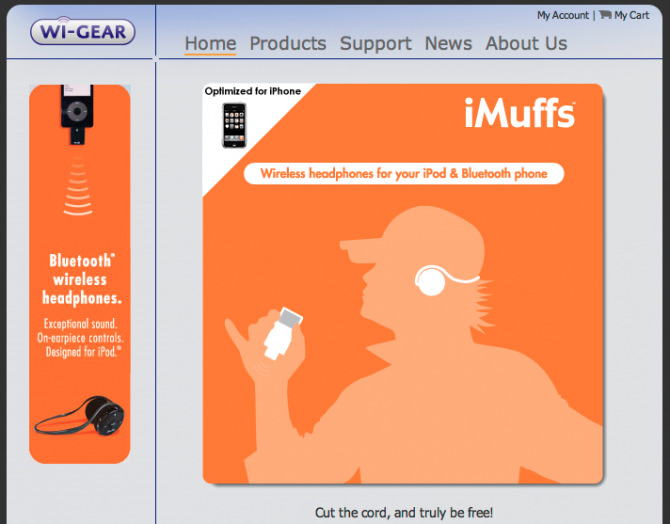 A source tells 9to5Mac that Apple scooped up a small Bluetooth wireless headphone designer in San Francisco two months ago.  The company, called Wi-Gear, made three generations of A2DP stereo headphones called iMuffs as well as a Bluetooth 2.0 adapter for older iPhones and iPods that don’t support Bluetooth 2.0. Wi-Gear’s products were specifically geared to be used with Apple iOS devices.

The company is now closed…

Apple plans to build its own stereo Bluetooth headphones for future iOS devices and MacBooks with technology and expertise from Wi-Gear.  As you’ll recall, Apple didn’t have a great amount of success with its own Bluetooth mono headset and instead of building in-house for their new stereo product, decided to pick up the small Wi-Gear outfit.

We had a look at LinkedIn for engineers at Wi-Gear who might have joined up with Apple to corroborate our source’s information. We found Wi-Gear co-founder Michael Kim who now is an iOS Bluetooth Engineer at Apple 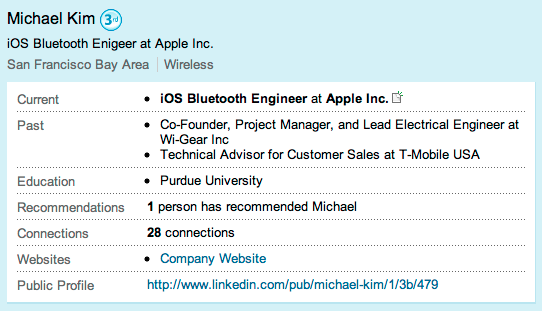 Us? We’re looking forward to some Apple Wireless cans.  Unfortunately, no timeframe was set for the release of Apple’s headphones.