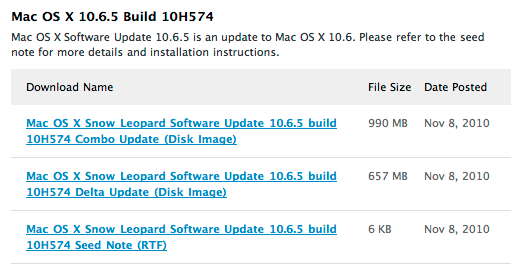 Apple is ramping up their beta releases of 10.6.5 and they have released build 10H574 today, only two days after build 10H571. This new build won’t add any thing notable but Apple would like developers to focus on the following: