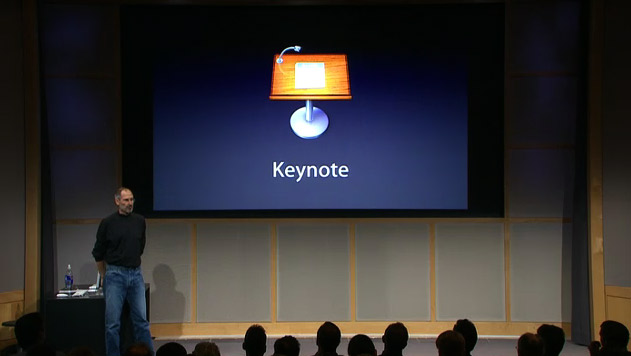 TUAW reports that according to a purported e-mail from Steve Jobs the next version of Keynote will include a sort of AirPlay functionality. Specifically, users of Keynote ’11 will be able to create a presentation and stream it to the big screen via an Apple TV. This functionality will apparently also work from an iOS device (iPad, iPhone, iPod touch) to an Apple TV. This function will come in handy for many people as it could help alleviate the need of setting up projectors and annoying things along those lines.

Will the new Apple TV accept keynote presentation via iOS device or a Mac? If it will, I will go buy two at an apple store tonight.

AirPlay being a major feature in the upcoming iWork ’11 may also be the reason for the productivity-suite’s apparent delay. AirPlay functionaility is not even at full-force at the time of this writing and only works for audio/music streaming. Full AirPlay functionality should be coming as early as next week along with the long-awaited iOS 4.2 update which brings multitasking and many new features to the iPad.

There have been multiple reports in regards to the upcoming iWork ’11 update including the software being a Mac App Store exclusive and some hints about release dates. It would also make sense for Apple to update iWork for 64-bit compatibility but that still hasn’t happened for their iLife suite. Oh, and iWork.com has been in beta since January 2009. Screenshot of the mail exchange is after the break: 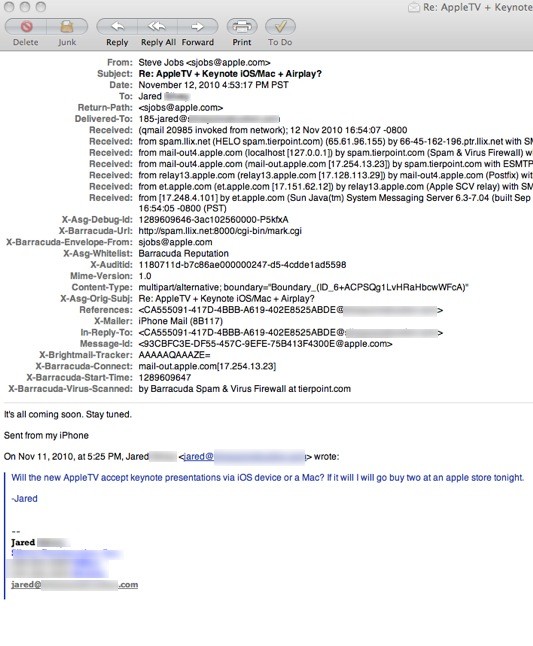