Twitter for iPhone/iPad updated for iOS 4.2, push notifications, other improvements 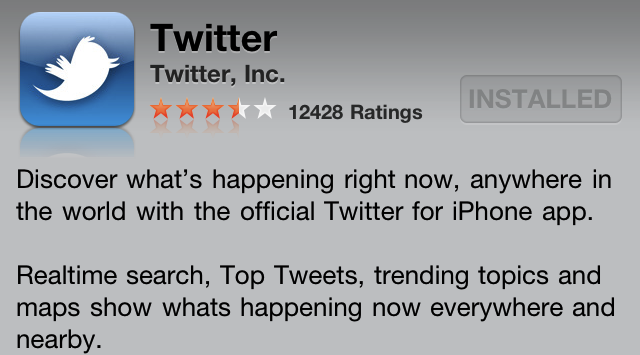 Twitter has just released an update to their iOS client and its brings support for the upcoming iOS 4.2 along with some other interesting features and enhancements. The iPad got inline media support, user interface improvements, along with an enhanced search feature.

Twitter for iPhone received a few important fixes including better short URL support, connection error fixes, easier geo-tagging setup and better Retina display support. The biggest new feature in the version 3.2 update may be the inclusion of push notifcations. You will now receive one of those classic Apple obtrusive alerts whenever you are @mentioned.