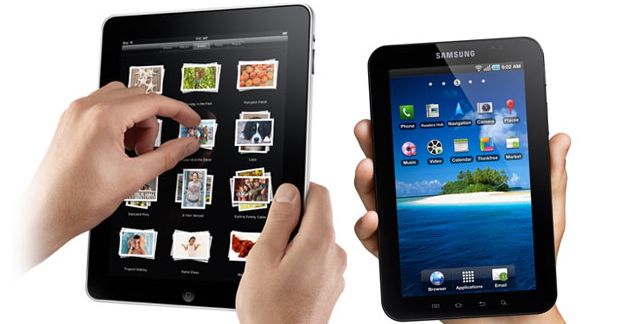 Samsung continues to follow Apple’s lead in tablet design, confirming it has chosen the ARM Cortex-based processor to power its next-generation tablet. That’s the same basic processor Apple is expected to field in iPad 2.0.

Author Ad Placeholder
Will only appear on redesign env.
The news emerges as reports of Apple’s iPad 2.0 plans begin to gather intensity, with current reportage claiming manufacturing of the device is set to hit prime time come February next year.

That’s while current generation iPads have begun to reach discount resellers as AAPL quietly ousts competitors with a silent but deadly price war. It is all pretty much ‘Distribution 101’.

Samsung’s move to use an A9 processor likely reflects that company’s privileged position as manufacturer (at least in the last generation) of Apple’s self-dubbed A4 processor for iOS devices. Based on an ARM A8 chip, this has been the engine at the heart of all current-generation iPhones, iPads and iPod touch. And also — though as yet we’re seeing little use made of it pending introduction of new features to Apple’s set-top box, the Apple TV. You can of course run Android on an iPad (if you must).

Samsung will also use an ARM Mali-based GPU in its new system. The Cortex-A9 iteration the firm is foiling will be a dual-core model with a quad-core graphics chip. Samsung hasn’t yet announced a launch date for its device, but given it is only now bringing its present generation product to market, I’m not holding my breath.

In addition, as is typical at this stage of evolution of a new Apple-dominated market, competitors want to see what they’re dealing with on launch of iPad 2.0 before they commit resources to the battle for the future of computing.