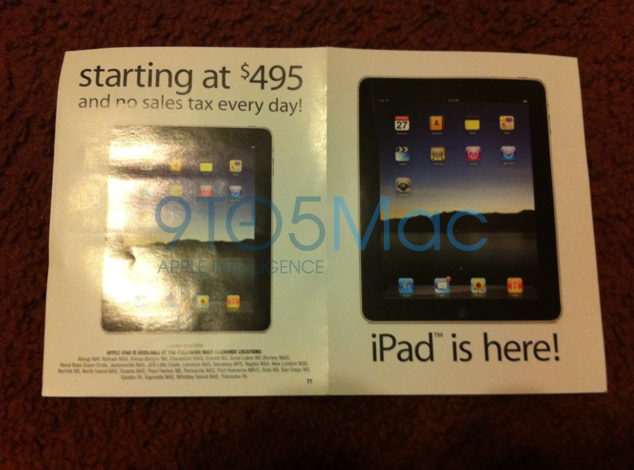 At this point it is not clear if Navy Exchange is an autorized Apple reseller of the iPad and it is not clear of this is a limited time offer. Judging by all models being available and the store selling many of their products at discounted rates this appears to be something worked out with Apple and not another TJ Maxx story. Also, it’s likely we’ll find out if this is all authorized via some sort of e-mail from, you know, Steve Jobs. A list of the Naxy Exchange locations carrying the iPad is after the break. Thanks, William.