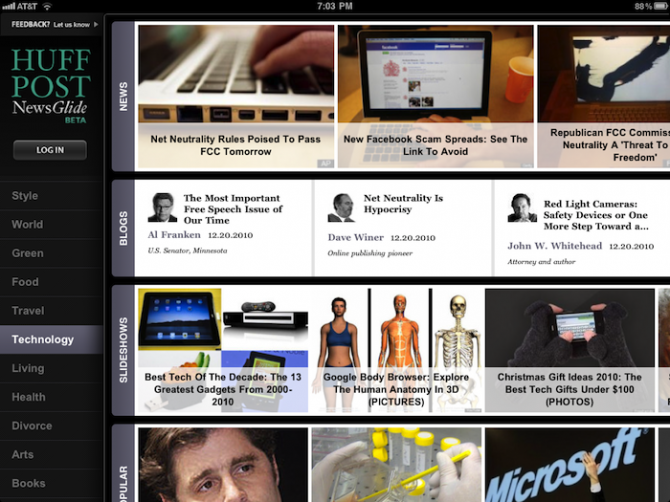 The Huffington Post has had an iPad app for sometime and tonight they have released a new version, re-designed from the ground up. The new version is quite slick with access to all of the Huffington Post’s sections and a new “glide” feature. This feature lets you slide through the different posts and it sort of feels like the Twitter for iPad interface. The update is free and you can get it here on the App Store. More screenshots after the break. 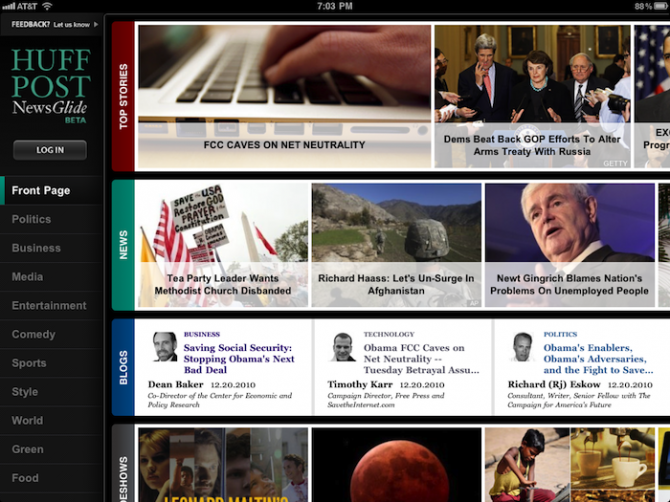 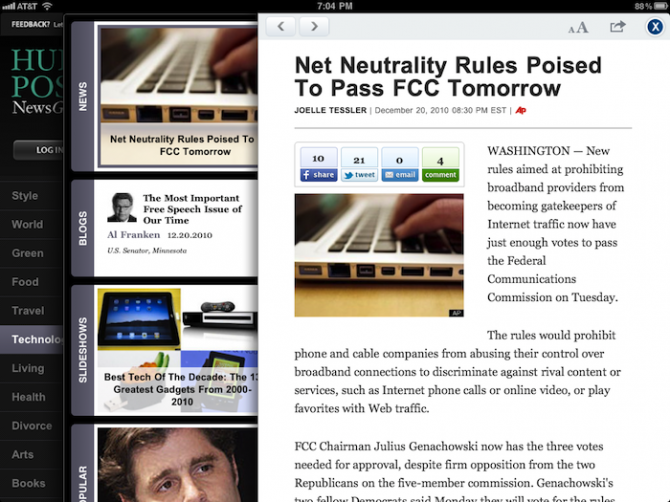 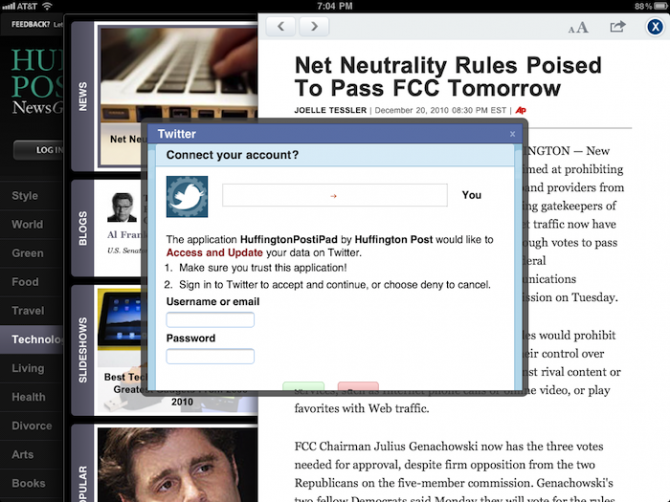