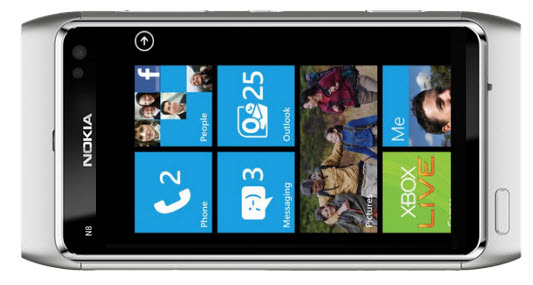 Yet more fascinating action in the smartphone space with an unholy rumored combination between Nokia and Microsoft set to potentially change the structure of the market.

Nokia hired ex-Microsoft head of business Stephen Elop as Nokia’s new President and CEO in September. Since then we’ve seen Windows Phone 7 and Nokia both fail to take a leading edge in the smartphone business. The two giants aren’t happy to be trounced by the upstarts at Apple, Google and RIM. What to do?

Work together, maybe? During the past month Nokia has started talks with Microsoft to expand their cooperation.

“The talks were initiated by the new Nokia management,” says Unwired Review (Elop, anyone?) “And they are talking not about the technology exchange, or more Microsoft apps on Nokia phones. They are talking about the creation of new line of Windows Phone devices, which could be sold under Nokia brand, via Nokia distribution channels and have some typical  Nokia features.”

What could this mean? Some speculate it could mean the beginning of the end for Symbian. Others note the strategy could certainly beef-up Microsoft’s position in the smartphone market. Some say this detente could be temporary.

My thoughts? I’m sure there will be many who dissent from this view but I’d see a link between Nokia and Microsoft as being symptomatic of a smartphone industry in which competitive pressures are forcing consolidation. I’m interested to see the effects on Android and iPhone market share.