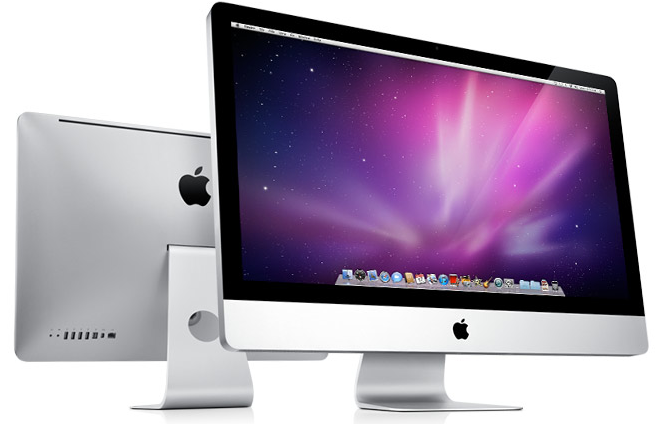 All current signs point to an iMac refresh sometime next week. The rumors started a few weeks ago when an unsourced report claimed that refreshed iMacs are en route to the United States for a late April or early May launch. Then, just last week, our sources across the globe backed up these claims, saying that iMac shipments and components are very constrained. Yesterday, our colleague Mr. X told us to expect new iMacs the week of May 2nd as Apple will officially stop shipping iMacs to resellers this week (week of April 25th).

Since Apple tends to release new products on Tuesdays and Wednesdays, the likelihood of new iMacs with Thunderbolt I/O and Intel’s latest Sandy Bridge processors is high for May 3rd or 4th. Now, a reader tells us that Apple has delayed his order for an iMac from the Apple online education store. The order was not completely cancelled but simply delayed to the week of May 2nd. A May 2nd ship date is a possible new iMac release day but also would give Apple enough time to make a May 4th delivery date.

Due to an unexpected delay, we are unable to ship the following item(s)
by the date that you were originally quoted: