All new Mac Pros and upgraded Mac minis with Sandy Bridge and Thunderbolt in early August? 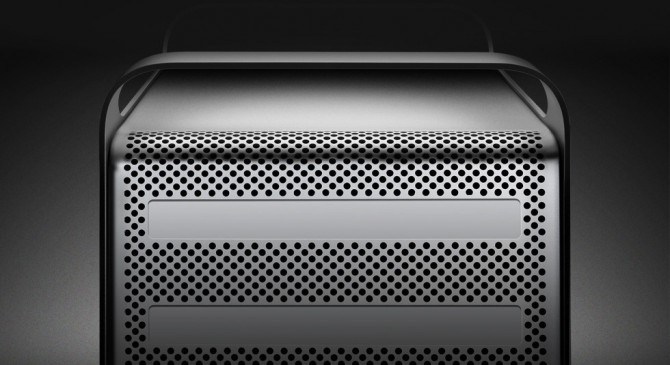 CNET’s Brian Tong claims that Apple is gearing up to launch a revamped Mac Pro and an upgraded Mac mini in either late July or early August – more likely in August. Details are scarce on what this “next-gen” Mac Pro holds, but if what 9to5Mac has previously been told is showing up in these 2011 models, we’ll be seeing a smaller, rackmountable design that can hold multiple solid-state-drives. Lending credence to the report are shortages of the Mac Pro server model.

EXCLUSIVE: My sources tell me ALL NEW Next-Gen Mac Pros and Mac Minis will launch either end of July first week of August.

The Mac minis are said to be receiving the Thunderbolt I/O and Sandy Bridge Processor treatment, which the MacBook Pro and iMac families received earlier this year. Summer 2010 was the scene of a major Mac mini redesign, so those hoping for an all new Mac mini should wait a couple of refreshes. Mac minis (and Mac mini servers – on Amazon as well) are currently short on supply (thanks, Mr. X!). Separately, we’ve been hearing independently that Apple is gearing up to release upgraded MacBook Airs – we should have our own details on that soon.

August more likely, Sandy Bridge and Thunderbolt on both. NO details for specs or configurations given. DO NOT BUY! WAIT for the new Macs!

Tong’s tweets also say that these upgraded Macs will be packed with Lion at first boot. Tong says that the source of the new Mac Pro and Mac mini information is the same source that correctly predicted an early May launch for the new iMacs. The iMac ended up being updated on May 3rd with Thunderbolt ports and faster Sandy Bridge processors from Intel.

Also in the pipeline are new AirPort Extremes and Time Capsules.