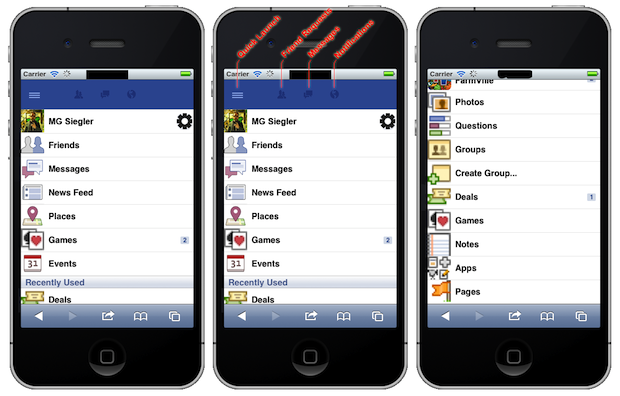 Facebook is having an event tomorrow which many believe is a Skype tie in, which could lead to a Skype iPad app or a Facebook iPad app, or both! in one?!  That’s well and good, but  TechCrunch takes a look at some of the upcoming features of a bigger project that might also receive a mention tomorrow: Project Spartan.

It seems a bit sensationalized, but it comes off like this: Sometime in late July (soon!), Facebook will reveal a HTML5 platform with automatic Facebook logins using a new set of APIs which make a great iOS/Android social gaming platform.  Facebook has a few developers signed up already, Zynga is probably one of them.

Facebook wants a cut of the Apple’s mobile app market, that’s been clear this entire time. Perhaps it’s not war against Apple — maybe Apple is just going to ‘gift’ Facebook the share of their market (the HTML5 share) in exchange an alliance being formed whereby Apple get’s some exclusive access to Facebook’s 600 million-plus users and thereby cutting out Google (exclusive to some degree, Facebook is too open for it to be fully exclusive). In this theory, it’s not Facebook Spartans vs. Apple, it’s Facebook/Apple Spartans Vs Google.

The Spartans have been told to code specifically for the iOS flavors of Safari — both iPhone and iPad.