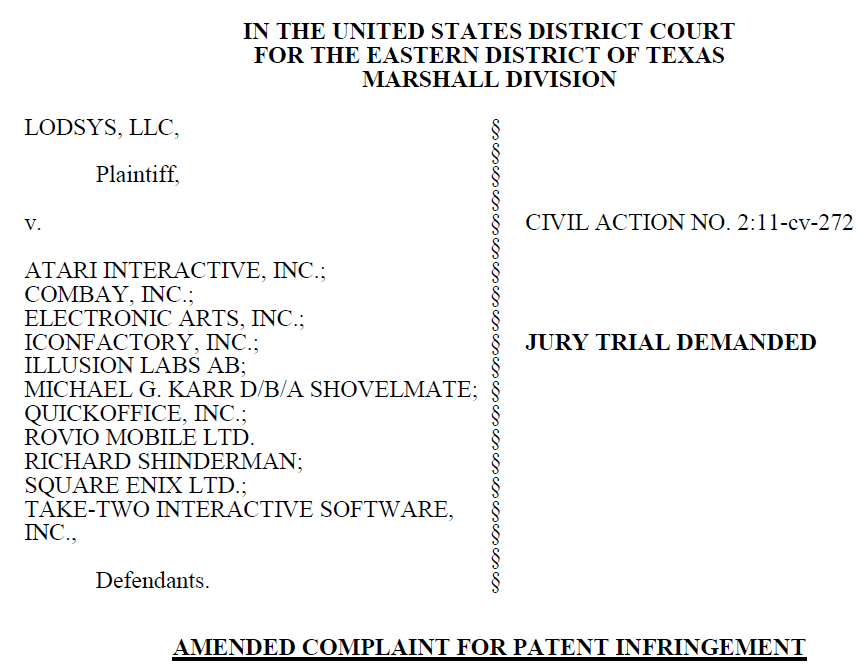 FOSSPatents reports that the patent trolls over at Lodsys have just upped the ante: they have just sued five more iPhone application makers over their use of in-app-purchases. These five new companies include major game makers like Rovio, the gang behind the widely popular Angry Birds game, Electronic Arts (EA), Atari, Square Enix, and Take-Two-Interactive.