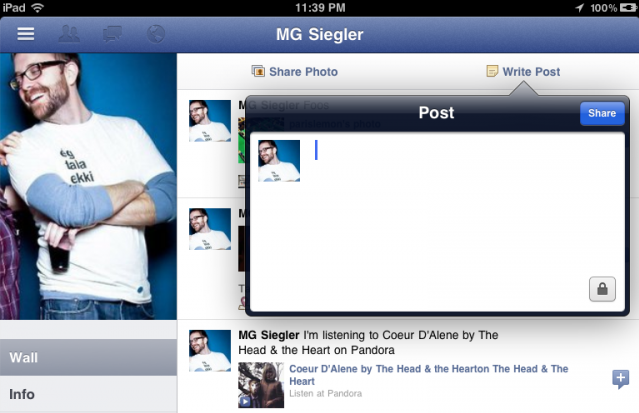 Following TechCrunch’s finding that Facebook’s official iPad application can be found within their latest iPhone application update, Facebook shut down the find. Those who were not lucky enough to gain access early on are in the dark. Until now. iOS jail breaker extraordinaire, Chpwn, has managed to create a tweak that can easily turn any jailbroken iPad user’s Facebook for iPhone application into the full-blown iPad version. The tweak called FaceForward is dead simple: just install Facebook for iPhone on your jailbroken iPad, install FaceForward in Cydia, and run.

Update: Video of the installation and setup process after the break: