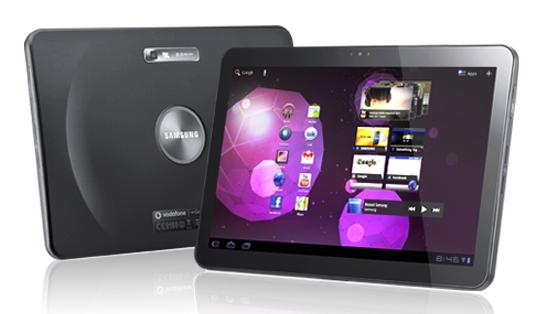 Update: Samsung has issued the following statement (via TNW) addressing the court’s decision to grant Apple the preliminary injunction:

Samsung is disappointed with the court’s decision and we intend to act immediately to defend our intellectual property rights through the ongoing legal proceedings in Germany and will continue to actively defend these rights throughout the world.

The request for injunction was filed with no notice to Samsung, and the order was issued without any hearing or presentation of evidence from Samsung.

We will take all necessary measures to ensure Samsung’s innovative mobile communications devices are available to customers in Europe and around the world.

This decision by the court in Germany in no way influences other legal proceedings filed with the courts in Europe and elsewhere.

Reports are coming in that Apple has been granted a preliminary injunction for the entire European Union (excluding Netherlands) that will halt distribution of Samsung’s Galaxy Tab 10.1. This comes on the heels of a postponed launch of the device in Australia due to a lawsuit with Apple.

The decision by the Regional Court of Dusseldorf in Germany to block sales of the device comes after a judge sided with Apple on claims that Galaxy Tab copied key design components related to the iPad 2. While Samsung can appeal the court’s decision sometime in the next month, the Telegraph’s Shane Richmond is quick to point out it would be heard by the same judge. Apple is also said to have a separate lawsuit filed in the Netherlands as well.

Samsung had this to say in a recent statement about their legal disputes with Apple:

“Samsung believes that there is no legal basis for this assertion. We will continue to serve our customers and distributors and the sale of Samsung products will be continued.”

And Apple has made their stance on the situation clear…

“It’s no coincidence that Samsung’s latest products look a lot like the iPhone and iPad, from the shape of the hardware to the user interface and even the packaging. This kind of blatant copying is wrong, and we need to protect Apple’s intellectual property when companies steal our ideas.”