AAPL shares down only slightly in morning trading 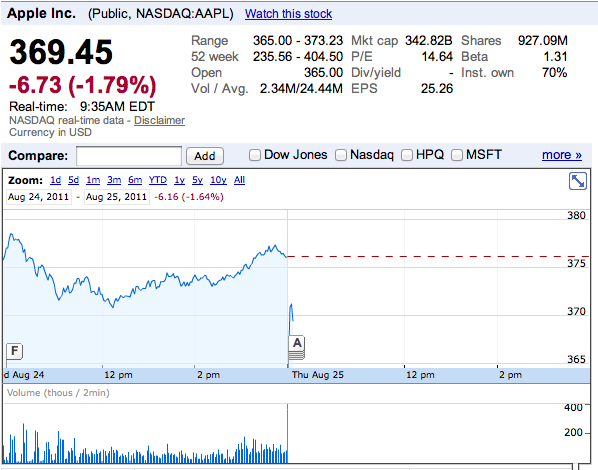 AAPL shares are trading at a relatively small loss of anywhere from 1.5-2.5% from yesterday’s close against a slightly up broader market.  Overnight, shares had been down 5-6% in after hours trading on the news that Steve Jobs would be leaving his CEO role and taking the Chairman role.  This morning Apple opened at 365 and at the time of this writing, Apple is heading towards yesterday’s close, at 370.

I think the truth is that Jobs resignation from the CEO role, while shocking in the short term, had been baked into the share price for a long time now.