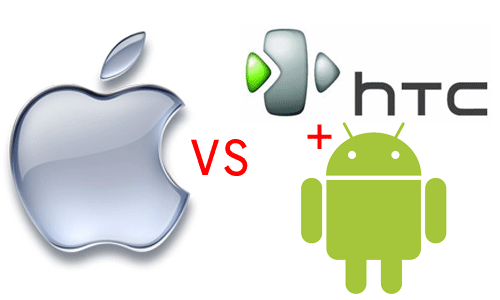 In a report from Bloomberg, HTC has apparently filed claims of patent infringement against Apple after acquiring patents from Google last week.

The patents were apparently snatched up by Google sometime over the last year from the original owners including Motorola Inc., Palm Inc., and Openwave Systems Inc. According to the US Patent and Trademark Office, they were then transferred by Google to HTC on September 1st.

Six days after acquiring the nine patents, HTC today filed a suit in Delaware against Apple claiming patent infringement on four of the patents (originally issued to Motorola) that they acquired from Google. However, they aren’t letting the remaining patents go to waste either, they also filed a complaint with the U.S. International Trade Commission for five of the others (two originally owned by Palm and three by Openwave).

While there aren’t many more details regarding Google’s specific motivation, Apple’s ongoing infringement claims against Android vendors (notably HTC and Samsung) certainly doesn’t help. Perhaps Google is really serious about protecting Android and its partners. This isn’t HTC’s first time entering litigation with Apple. As of July, HTC’s general counsel made the company’s stance on Apple’s “constant attempts at litigations” clear after Apple attempted to block imports of HTC devices with the International Trade Commission:

HTC is disappointed at Apple’s constant attempts at litigations instead of competing fairly in the market. HTC strongly denies all infringement claims raised by Apple in the past and present and reiterates our determination and commitment to protect our intellectual property rights.