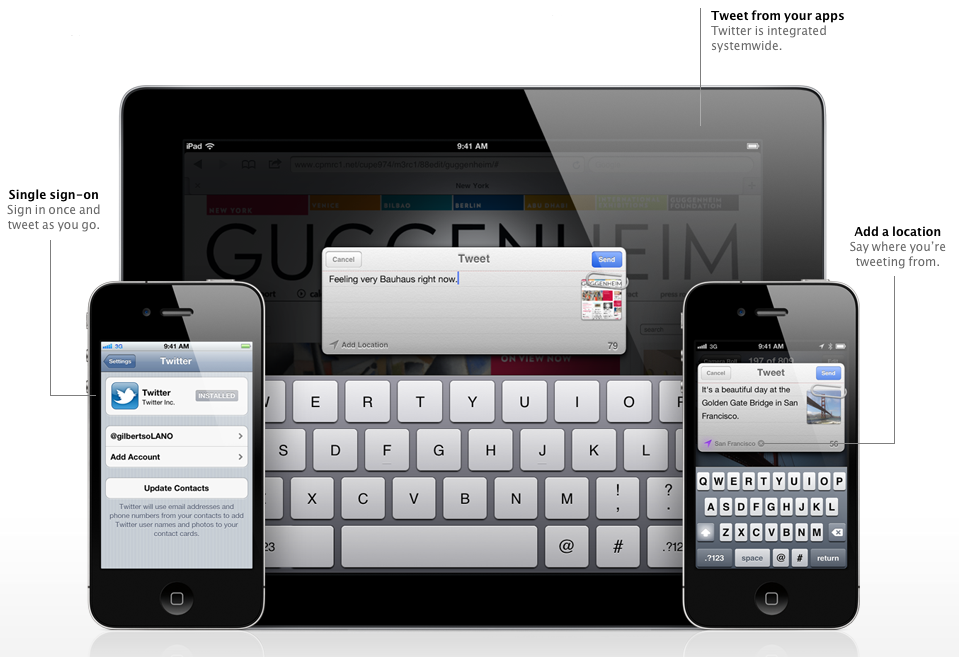 As noted by The Next Web, Twitter has announced two developer conferences coming up on October 12th, in New York and London, to discuss Twitter’s integration into iOS 5. Twitter’s Jason Costa describes the event:

There’s a lot going on in the ecosystem and we’d like to take this chance to share the highlights with you – including the latest developments with the platform, areas of opportunity that we’re seeing, and a heavy focus on the iOS 5 Twitter integration for developers. We’ll also be holding a Q&A session with members of the platform team, plus time to hang out with each other.

If rumors are true, these events will be shortly after the announcement of the iPhone 5 or/and iPhone 4S, and most likely after the release of iOS 5. There’s only 150 spots for developers, so grab your spot fast!