Fake iPhones (made from real parts) ring busted in Shanghai 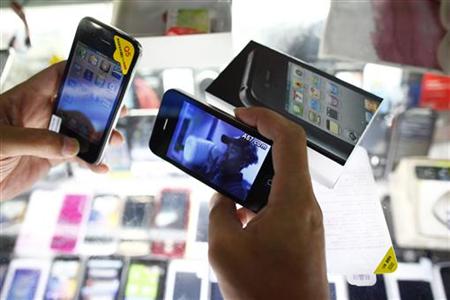 What’s most interesting about these fake iPhones is that they were made from real iPhone parts.  The assumption is that the companies that made supplies for Apple would make additional parts and sell them to third parties who would somehow assemble a Frankenstein of iPhone and non-iPhone parts together and sell them at double the cost.

The cost to make one fake iPhone, which used some genuine parts, was around 2,000 yuan ($313). It was sold on unauthorized markets and on the Internet for around 4,000 yuan, only a few hundred yuan cheaper than the real iPhone, the newspaper said.

The fake iPhones had the same functions as the genuine ones but had a shorter battery life, it quoted the police as saying.

It would be interesting and surprising if they got iOS working on these.  I’m guessing a flavor of Android with a iOS-like skin was used. Apple would have a big problem on their hands if iOS was being pirated.

Updated with video of one of these fakes: