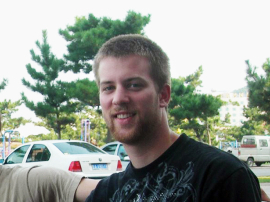 That’s the story on CNET.

The men, who were accused of selling the device to gadget blog Gizmodo last year, were sentenced to one year of probation, 40 hours of public service, and a requirement that each pay $250 in restitution to Apple, San Mateo County District Attorney Steve Wagstaffe told CNET. Brian Hogan[right], the man who allegedly found the prototype in a bar, and Sage Wallower, who allegedly helped Hogan shop the device around to technology sites, were charged with misdemeanor theft in early August.

It wasn’t for a lack of trying…

Wagstaffe asked that the two serve some jailtime, but their spotless records and military history convinced the judge that they should just get probation.