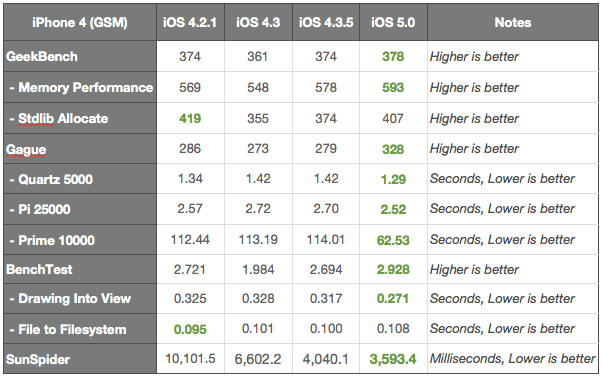 As indicated by the chart above, just released iOS 5 is showing many speed improvements over iOS 4. iOS 5 was faster in almost every category — as indicated by green — except for the first generation iPad. The chart was put together by GigaOM using GeekBench, Gague, BenchTest, and SunSpider, comparing many later versions of iOS 4 to iOS 5.

When iOS 4 was released last year, it didn’t show these types of speed improvements over iOS 3, and when updating the 3GS to iOS 4 it saw drastic speed issues and bugs. Speed improvements in iOS 4’s case were made update-to-update.

To much of their credit, Apple was able to roll these types of speed updates in one release for iOS 5. And in fact, speed will probably get better as Apple rolls out more updates. Now, how about those activations?

Curious to see how the iPad 2 compared? Check it out after the break: 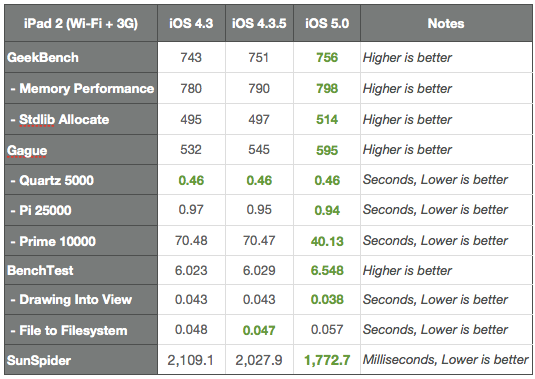