Jobs viewed textbooks as the next business he wanted to transform… 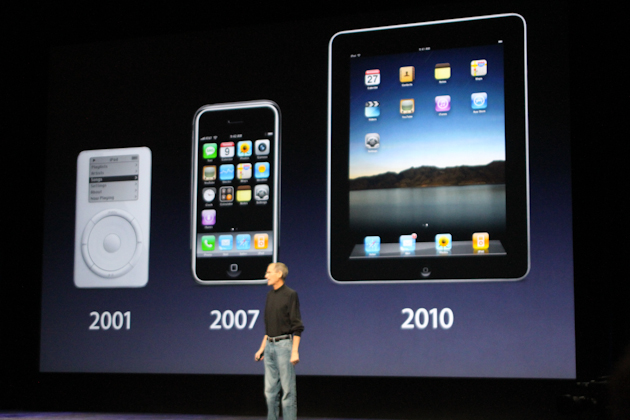 The New York Times reveals yet another tidbit from the Steve Jobs bio: The next business he wanted to transform was the school textbook business.

He held meetings with major publishers about partnering with Apple, the book says. If textbooks were given away free on iPads he thought the publishers could get around the state certification of textbooks. Mr. Isaacson said Mr. Jobs believed that states would struggle with a weak economy for at least a decade. “We can give them an opportunity to circumvent that whole process and save money,” he told Mr. Isaacson.

It isn’t exactly clear how the business model would work in this case but perhaps the fruits of that labor will be seen in coming months and years.

Perhaps more tantalizing, the Times teases that in his resignation meeting, Jobs also peppered Scott Forstall and Phil Schiller with questions about the data capacity of 4G cellular networks and what features should be in future phones. (FaceTime?!)