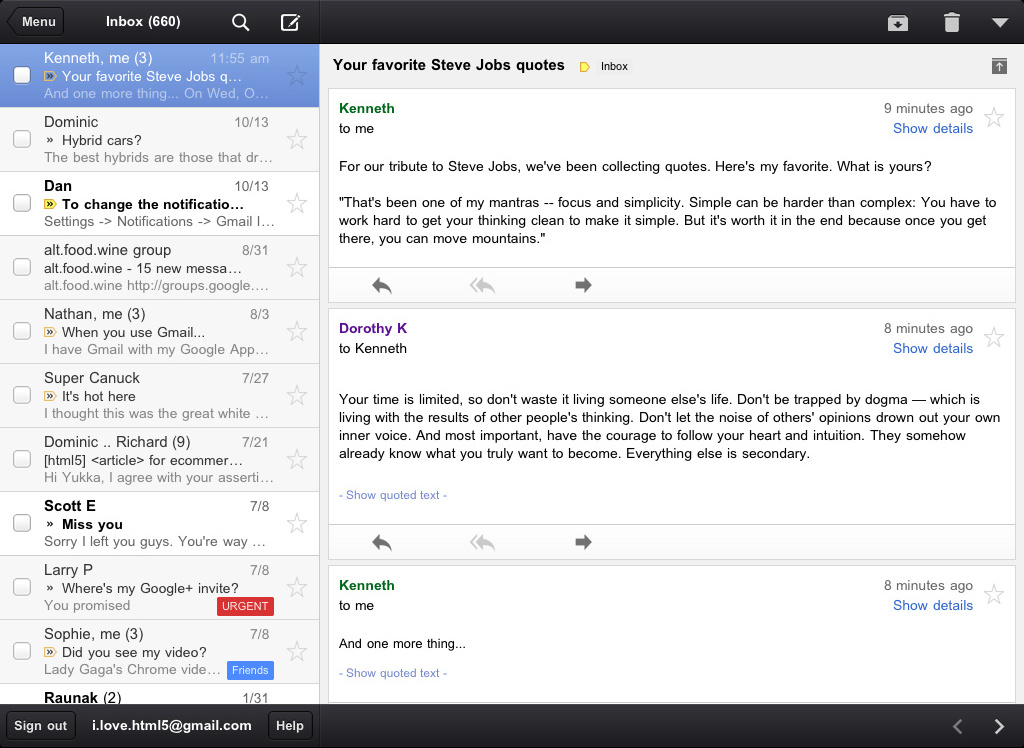 Update: Google has now pulled the app from the App Store following a notifications bug many users have reported experiencing. Apps guy at Google David Giouard sent out the following tweet: “Googla culpa! Sorry but we pushed a bad version of our iOS app for Gmail. More info shortly – we’re working on it.” Google issued the following apology via their Twitter account:

Following reports that Google was about to launch a native iOS Gmail app, they just announced an official app for iPhone, iPad, and iPod touch. More sceenshots below.

We’ve created a new Gmail app for iPhone, iPad, and iPod touch. We’ve combined your favorite features from the Gmail mobile web app and iOS into one app so you can be more productive on the go. It’s designed to be fast, efficient and take full advantage of the touchscreen and notification capabilities of your device. And it’s one more reason to switch to Gmail.

Features listed on the iTunes page include notifications for new messages, threaded conversation views, the much-needed priority inbox feature, the ability to send and open attachments, and of course, search capabilities. You will also have access to archiving, labeling, starring, deleting, and reporting spam. It looks like we are finally getting the full-fledged, feature-rich native Gmail experience on iOS we’ve been missing. We’ll have to take some time to really dig into the app and see how it stacks up. More screenshots after the break. 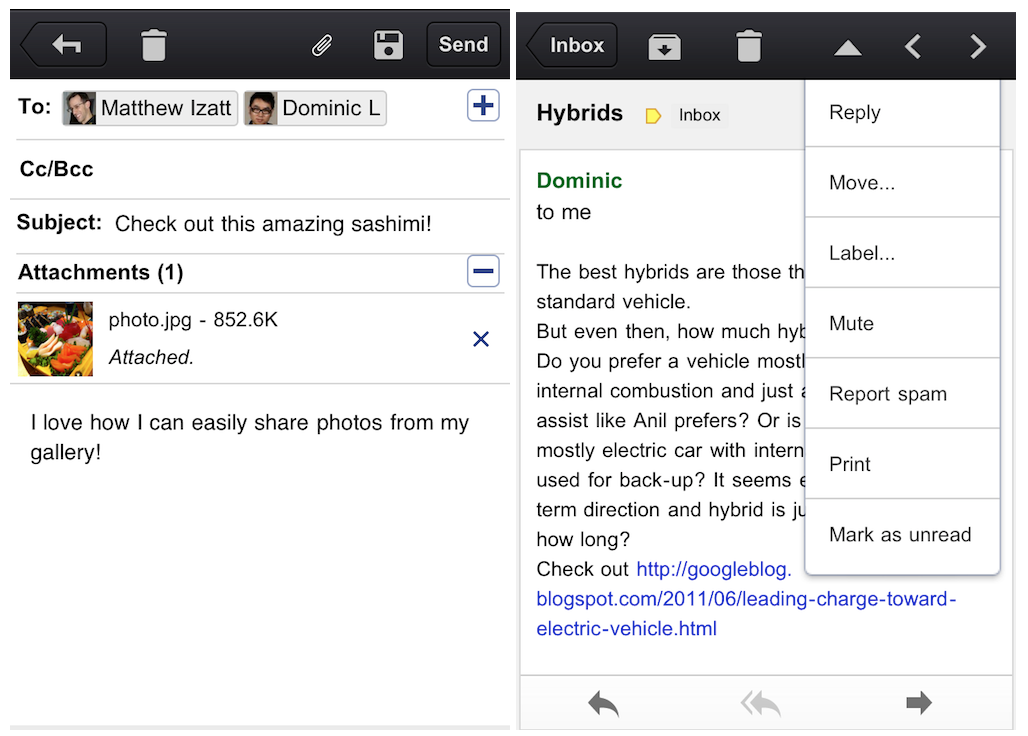 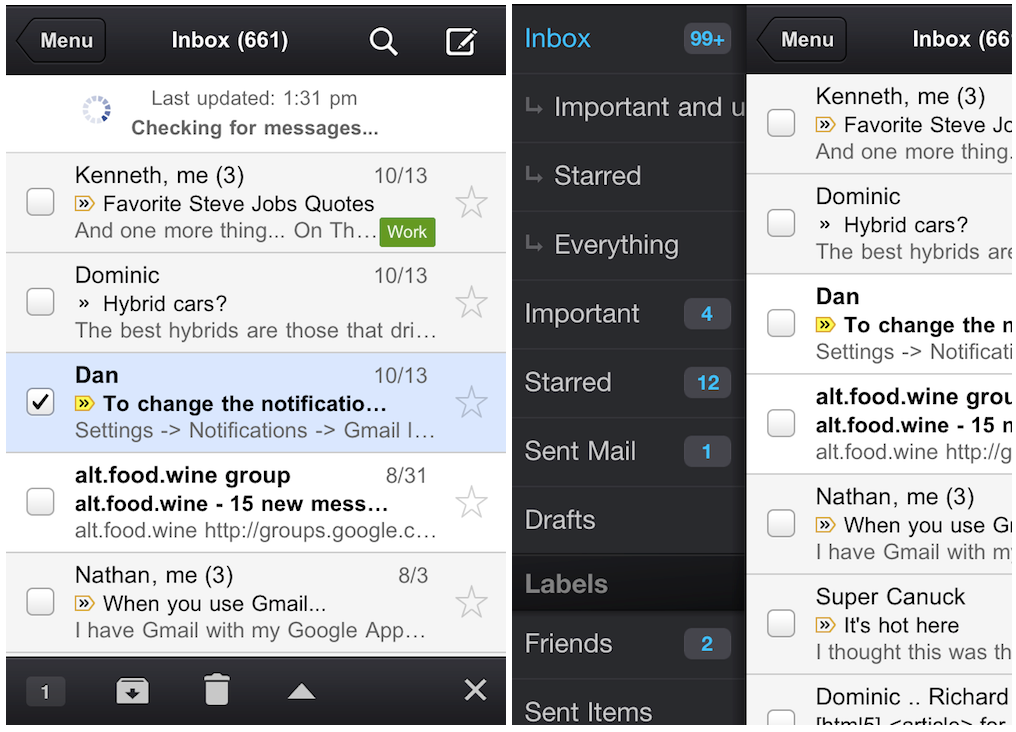