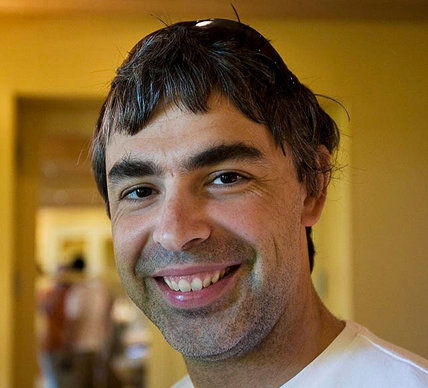 In a recent interview with Bloomberg Businessweek, Google’s Chief Executive Officer Larry Page talked at length about his new role as chief and his plans for the future of Android, Motorola, and the rest of the company. Much the interview revolved around Android and Google’s relationship with other companies, and Page was asked about his relationship with Steve Jobs toward the end. He was also asked about the state of Android tablets and his thoughts on Apple’s recently announced dividend.

When the interviewer mentioned Google and Jobs had their “differences” about Android, presumably referring to Jobs’ claims that Android is a “stolen product,” Page claimed Jobs’ anger toward Android/Google was “actually for show”:

I think the Android differences were actually for show. I had a relationship with Steve. I wouldn’t say I spent a lot of time with him over the years, but I saw him periodically. Curiously enough, actually, he requested that meeting. He sent me an e-mail and said: “Hey, you want to get together and chat?” I said, “Sure, I’ll come over.” And we had a very nice talk. We always did when we had a discussion generally… He was quite sick. I took it as an honor that he wanted to spend some time with me. I figured he wanted to spend time with his family at that point. He had a lot of interesting insights about how to run a company and that was pretty much what we discussed.

He continued when encouraged to elaborate on his “for show” comment:

I think that served their interests. For a lot of companies, it’s useful for them to feel like they have an obvious competitor and to rally around that. I personally believe that it’s better to shoot higher. You don’t want to be looking at your competitors. You want to be looking at what’s possible and how to make the world better.

Page’s remarks are referring to Jobs’ comments originally documented in Walter Isaacson’s “Steve Jobs” biography where the Apple CEO claimed he would spend his last dying breath and “every penny of Apple’s $40 billion in the bank” to destroy Android. Jobs claimed Google was “using our ideas in Android.” If you believe Page, the whole thing was simply to rally the troops at Apple. Despite Page’s view of the situation, Apple is clearly still willing to spend its money on lawyers to fight Android vendors in courts across the globe. However, recent reports suggested Apple is interested in settling for as much as a $15 royalty per Android device with some of its competitors.

I think Apple has more cash than we do—