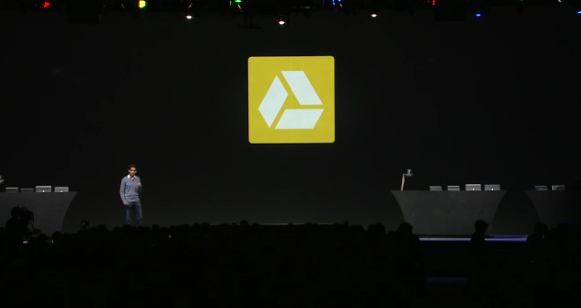 Google executives are now on-stage for the second day of Google I/O to announce Google Drive’s launch on iOS today.

Director of Google Apps Product Management Clay Bavor first showed off real-time collaboration. He also demonstrated image recognition and searching with Optical Character Recognition, which lets users convert images with text into text documents. Using Google Drive on iOS, Bavor searched for “pyramid.” He then received a personal picture from a vacation—even though it was not titled.

Google Drive for iOS is on the App Store now. The company also revealed the 10-week old cloud storage service has reached 10 million users. The infant Google product is also launching on Chrome OS at some point this afternoon.

This story is developing.