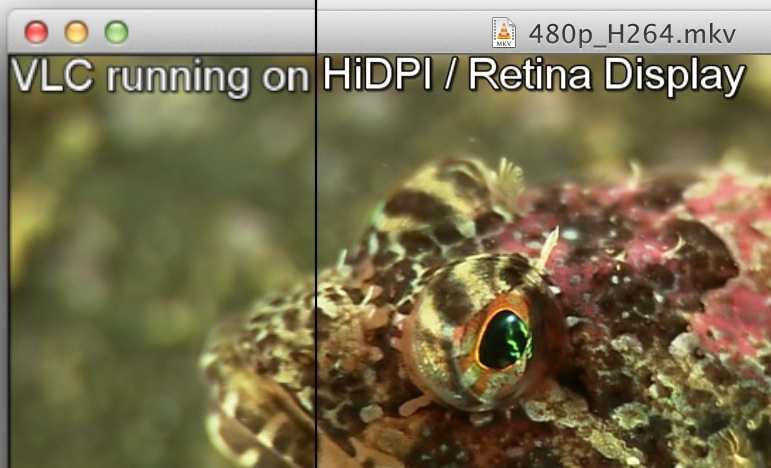 VLC 2.0.2‘s headlining update is support for Retina Displays (yay!). However, the laundry list of features, updates, and fixes seem monstrous—especially for a “.o.2” release. The download link is here, and the full list of updates follows.

VLC 2.0.2 adds further refinements to the new Mac interface. We improved the video playback experience by enhancing the crop features and restoring the highly desired “go automatically to fullscreen” feature. Additionally, the aspect ratio is respected like in the 1.1.x releases. The Retina Display (HiDPI) on the new MacBook Pro is natively supported, too.

Furthermore, you can drag & drop items between the playlist, services and media library. Growl 1.3 is supported for notifications as well (disabled by default). Playing a video in a window without any further UI elements is supported again, too.

Finally, we removed the font cache. VLC for Mac will never ask you to wait for it, but it will still find all your fonts!

This update also includes video output improvements for a vast number of PowerPC-based Macs equipped with an ATI Radeon 7500, an ATI Radeon 9200 or a NVIDIA GeForceFX 5200 Ultra [1] as well as Intel-based Macs with an Intel GMA 950 [2].