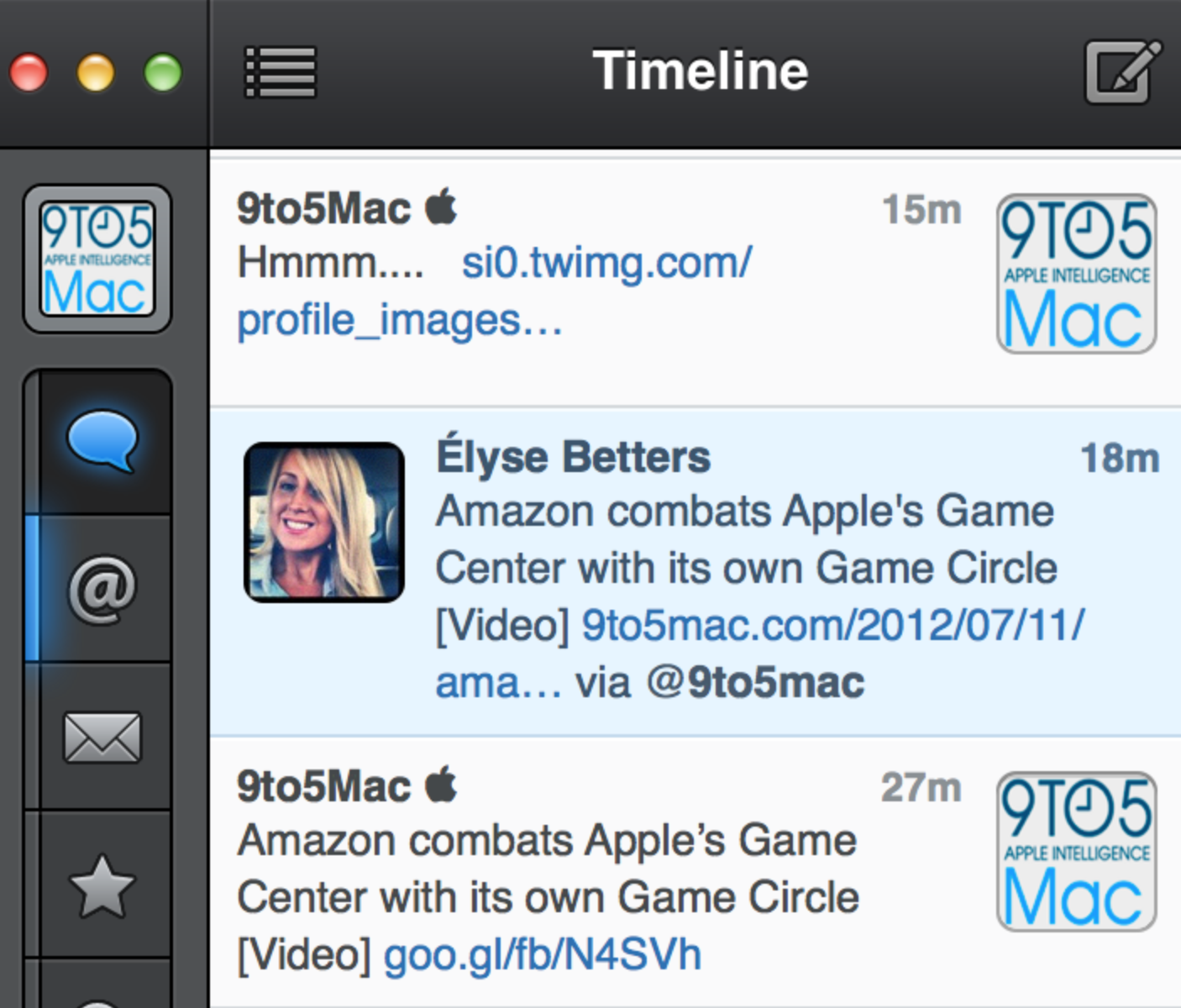 Tapbots appears to be making significant progress on its upcoming Tweetbot for Mac Twitter client. The development team issued an initial alpha version of Tweetbot for Mac less than two weeks ago, and late yesterday, the company released a much improved version of the alpha. The new update, notably, includes support for OS X Mountain Lion Notification Center, keyboard shortcuts, and the new build also contains many performance improvements. The full change-log:

The update to the original alpha is available via the “check for updates” option on the current build. It can also be grabbed from the Tweetbot official website.