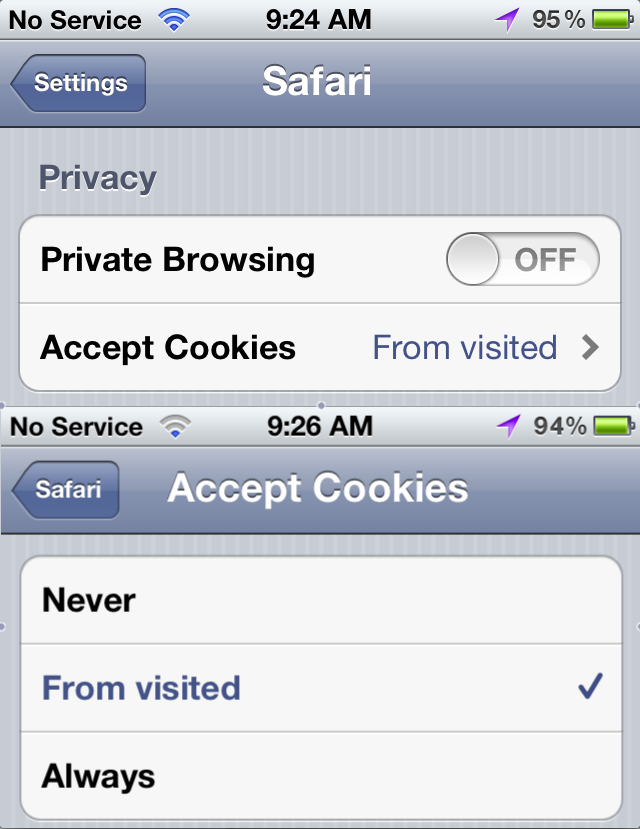 Reuters reports that Google will be fined $22.5 million for bypassing Apple Safari browser security settings to track user behavior, allegedly for the purposes of advertising.

Members of the Federal Trade Commission voted to approve a consent decree that will allow Google to settle the agency’s investigation but admit no liability, said one of the sources, who was not authorized to speak on the record.

An official announcement is expected within days, the second source said.

The allegations began in February, when it was discovered that Google and other ad companies were circumventing Apple’s Safari browser security settings to allow access to cookies.

Once a cookie installed, a Safari glitch allowed subsequent cookies to attach. Both Google and Apple issued statements following this morning’s report…

Apple told the Journal it is “working to put a stop” to the bypassing of Safari’s privacy settings. Google argued in a written statement to the newspaper that it “used known Safari functionality to provide features that signed-in Google users had enabled,” and it stressed, “These advertising cookies do not collect personal information.” Marketing Land’s Danny Sullivan acknowledged that “Google and many others have figured out ways to get around Apple’s default settings on Safari in iOS,” arguing Apple is partly to blame as the browser “broke with common web practice.”

As a result, Google could exploit tricks to force advertising-tracking cookies upon iPhone users. Sullivan speculated Apple might have purposefully set default privacy settings in mobile Safari against third-party cookies to defend its own agenda, arguing Apple aims to own iPhone users and control its experience. 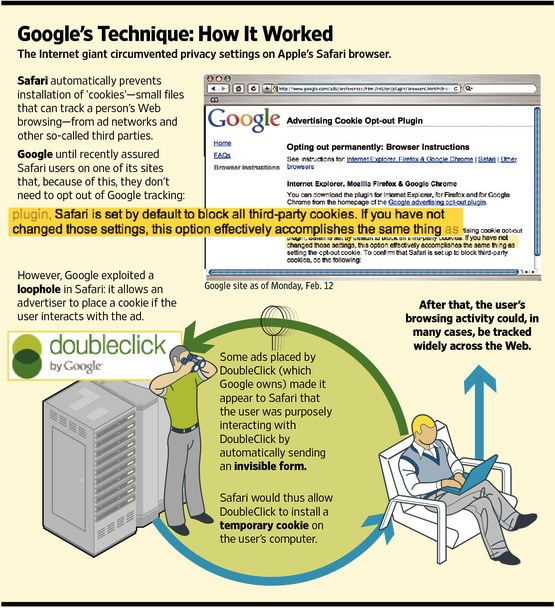 Apple, of course, operates its own advertising network built from a $275 million purchase of mobile advertising expert Quatro Wireless in 2010. Following the initial uptake, iAd lost share amid high commitments for mobile campaigns. Apple cut those commitments last February from $1 million to $500,000, then to $300,000 last July, and further down to as little as $100,000 this month. IDC estimated iAd’s 2011 mobile share of United States mobile display-ad revenue is at 15 percent (versus 24 percent for Google’s AdMob and AdSense platforms and 17 percent for mobile advertising company Millennial Media). 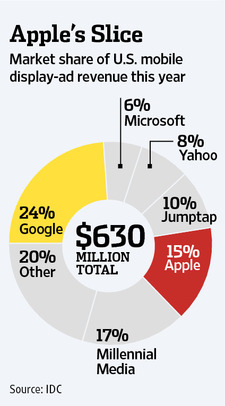