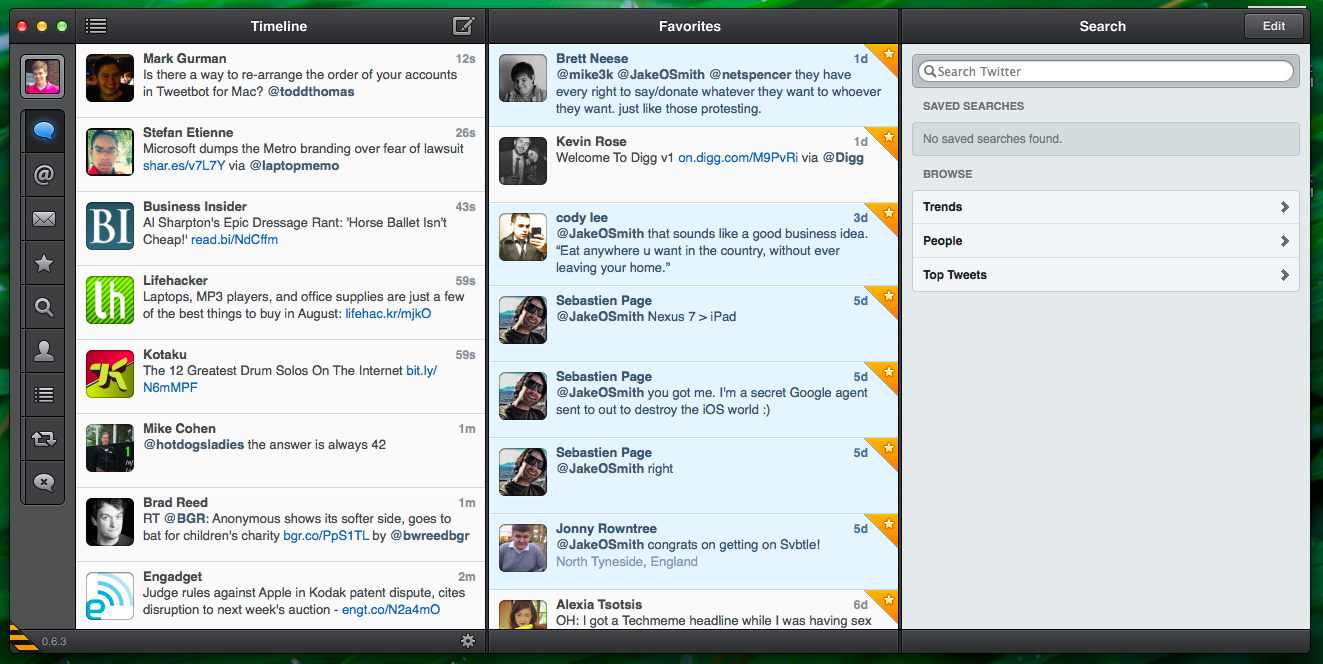 Tweetbot for Mac alpha received a substantial update this evening. It brings new features that will allow users to have a Tweetdeck-like setup if they so choose. First spotted by The Next Web, Tweetbot for Mac now features the ability to pop out separate timeline windows and easily dock them together to create a Tweetdeck-like interface, notification improvements, and a new menu in the menu bar that allows you to manage signed-in accounts more easily and to compose a new tweet. To dock windows together, you first click the gear in the bottom right corner to open the timeline that you are currently viewing in another window. Once you have the windows you would like, you then touch the right edge of the windows together to dock them. As you can see in the screenshot above, I docked my timeline, favorites, and Twitter search into one big, Tweetdeck-like window. To ex-out of the Tweetdeck-like view, you simply grip the bottom of the window to pull and then exit out of the undesired window. 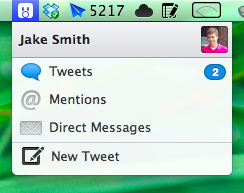 The next feature that has been added in 0.6.3 9 (alpha 4) is a new menu on OS X’s menu bar. The menu allows you to manage all of your Twitter accounts for viewing tweets, mentions, and direct messages. You can also easily compose a new tweet. Lastly, Tweetbot for Mac on OS X Mountain Lion now displays notifications from all of your Twitter accounts, whereas it previously only displayed notifications for the one you were viewing. Also, on Mountain Lion, you can now embed your location in a tweet.

Tweetbot for Mac is currently a free alpha on the Tapbots website. It is set to eventually reach the Mac App Store for a price, which will then include the awesome iCloud integration that Tweetbot for iPhone and iPad offers. With tonight’s update, Tweetbot for Mac is inching closer to being the best Twitter client of them all. You can view the release notes below.