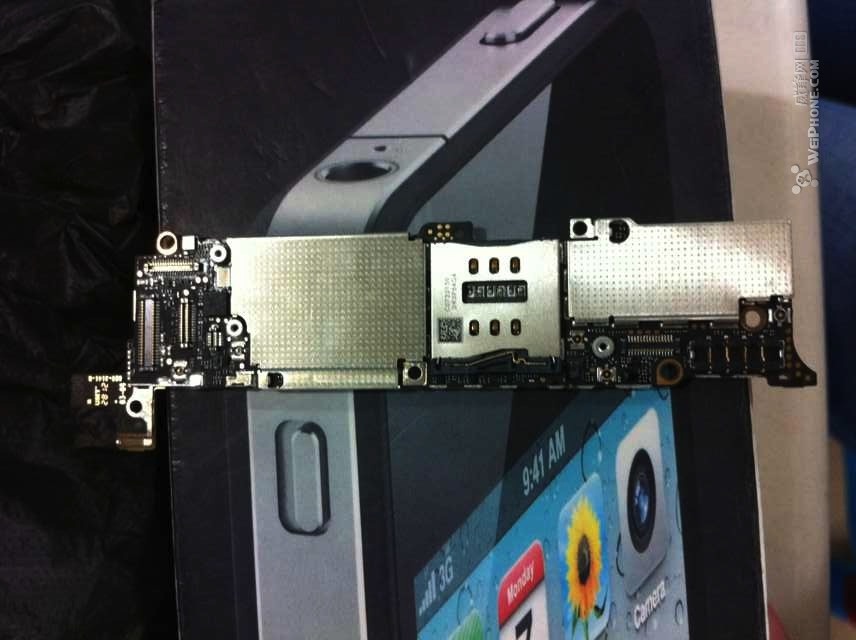 A WeiPhone forums user posts a couple of photos of what is apparently claimed to be a motherboard/logicboard for the next-generation iPhone. If legitimate, the part appears to be a prototype unit because it is missing much of the typical labeling.

Unfortunately, the new iPhone’s processor does not appear to be pictured in these photos. In May, we reported that Apple is testing next-generation iPhone hardware with a new A5-2 processor. This reportedly is an A5-based CPU (like in the iPhone 4S) but with various tweaks.

The SIM card slot, the most-centered component on the motherboard, does appear slightly smaller in size compared to the 4/4S, according to iDeviceGuys, iPhone parts specialists that we spoke to. The connection points are also more closely connected. This may or may not point to the new device using the new Nano-SIM format.

This repair firm also says that the battery connector apparently has a five pins, compared to four on the iPhone 4S. We recently posted a photo of the new iPhone’s higher-capacity battery. 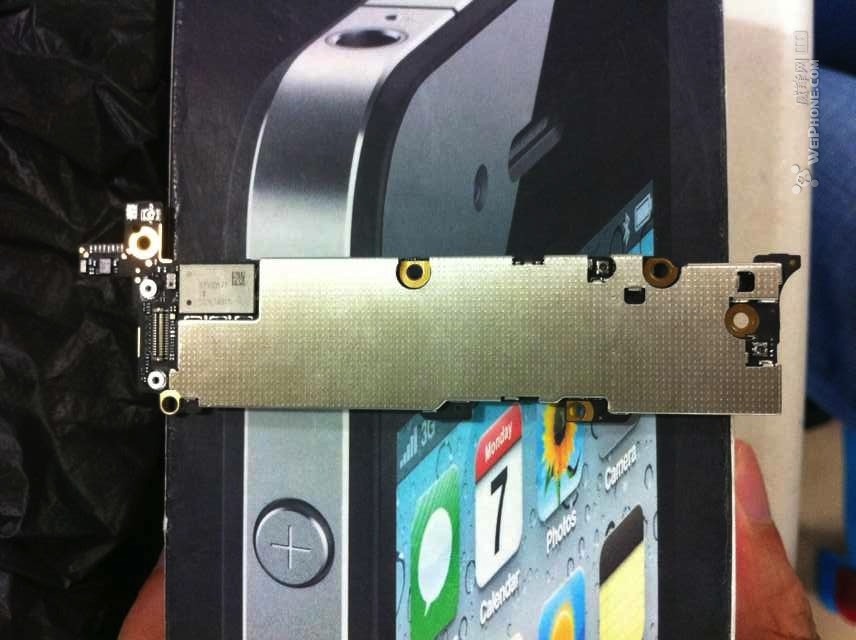 iDeviceGuys also says that more antenna connections are present (compared to the iPhone 4S), which may lead credence to the rumors pointing to this new iPhone as the first LTE smartphone from Apple.

Apparently, the digitizer connector for the display is also tweaked, and this may point to the already-rumored new screen technology coming in this new iPhone.

While we wouldn’t normally put too much faith in an unverified forum post, we looked a bit more into the poster of the photographs. It seems that the same user posted legitimate photos of an iPhone 4S motherboard in August 2011. That is a couple months prior to the device’s announcement and launch.

In addition, now that a good amount of other parts (including back plates) have leaked out for this new iPhone, NoWhereElse.fr made a GIF that compares the size and connections of the motherboard in the photos to the already leaked parts:

As you can see, the connection points on the motherboard seem to match up with the connectors on the leaked back parts.

The new iPhone is rumored to also include a thinner design, and a larger display. Following our report from earlier this year that the new iPhone will have a taller, 1136 x 640 display, we discovered that the latest beta builds of iOS 6 are optimized for that resolution.

The new iPhone is expected to be released in September.