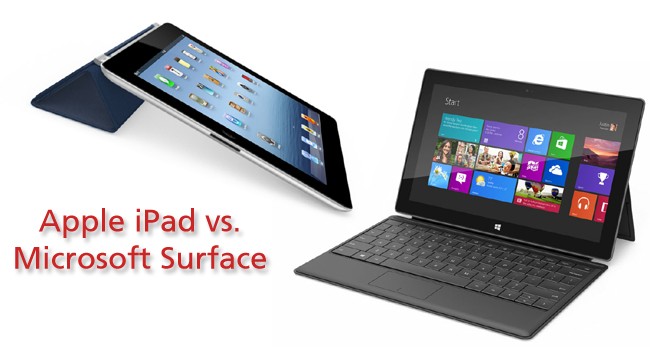 From the courtroom of the Apple vs. Samsung trial comes some major news involving Apple’s iOS device patents and Microsoft. Some may have noticed that some of Microsoft’s mobile device designs are akin to Apple’s iOS device designs. Specifically, the Microsoft Surface has the same general curved, black bezel design as the iPad. This is, of course, also the case with Samsung’s products. However, as Reuters reports, this is perfectly legal for Microsoft.

AllThingsD shares more information on the topic from the trial:

Teksler noted that Apple and Microsoft have a cross-license agreement that does cover the design patents at issue in this case, but said that there are also special “anti-cloning” provisions in the agreement between those two companies. “We couldn’t copy each other’s products,” Teksler said.

According to Apple’s patent director, Boris Teksler, Apple and Microsoft have an iOS device design patent agreement in place. This means that Microsoft is paying Apple to use some of the iOS design patents for its products. The report does not offer specifics like how much Microsoft pays Apple for everyone device with Apple’s patents sold. Though, the report notes that an “anti-cloning” agreement is in place to prevent copying.

Just like Apple and Samsung are strategic partners for device hardware components, Apple and Microsoft are partners in software products like Office for Mac and Bing integration in Apple’s latest OS X and iOS Safari browsers.

Last week, it was revealed that Apple attempted to strike a patent licensing agreement with Samsung, just like they did with Microsoft. That offer from Apple meant a $30 royalty per phone and $40 per tablet. Samsung, unlike Microsoft, clearly was not interested. AllThingsD notes that Apple’s offer to Samsung was solely in regard to hardware, and it did not affect Apple iOS software patents.  (Image: GamenGuide)