Samsung witnesses: Apple owes up to $422M if found guilty of patent infringement 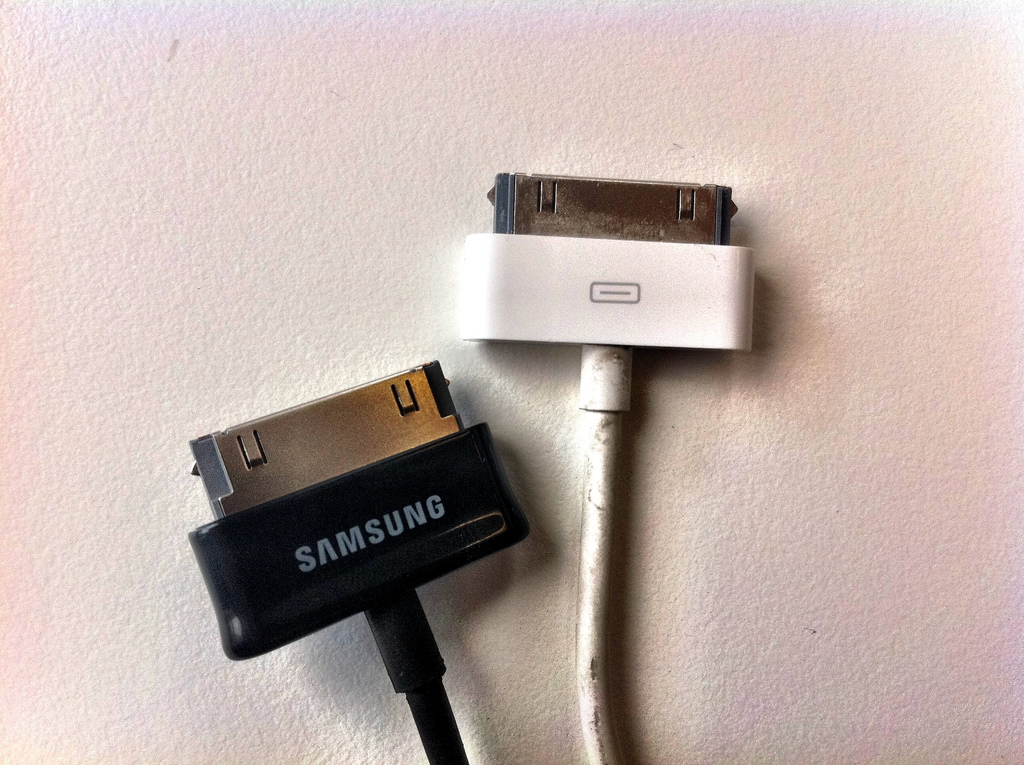 Another day, more witnesses, accusations of crack smoking. Day 10 of the Apple vs. Samsung case is on the way in sunny San Jose, Calif., this afternoon, where Samsung continues to bring key witnesses to the stand to rest its case. First off—Samsung called financial expert Michael Wagner to the stand this morning to discuss financials. Apple called its own similar witness to the stand earlier, who said Samsung’s margin of United States sales was roughly 35.5-percent (or  $8.16 billion). According to Reuters, Wagner stated to the court today that Apple overstated the amount of profit Samsung earns for its mobile products in the U.S. Instead of the 35.5-percent Apple alleged, according to Wagner, Samsung’s U.S. margin is only 12 percent (or $519 million). Apple finished its case last week by asserting Samsung owes $2.5 billion to $2.7 billion in damages for alleged “slavish” copying.

With Apple’s explanation on the table, and the amount it is requesting in damages, along with the barring of some products, Samsung had its turn to state its case. Samsung claimed Apple copied its patents that cover emailing pictures from photo albums, the act of playing music from the device, and more. Apple made similar claims to Samsung.

Two more witnesses who took the stand today calculated the amount of royalties Apple would owe Samsung if the company were found to be infringing patents, Bloomberg noted. Vincent O’Brien, a damages expert, told the court that for two of Samsung’s patents, Apple should owe $22.8 million to Samsung. Another witness, David Teece, further asserted Apple should owe another $290 million to $399 million for two Samsung patents. That is a grand total of $422 million, which Apple could eventually be ordered to pay out if found guilty. Samsung rested its case. In further courtroom news, Judge Lucy Koh was once again fired up:

The New York Times’ Nick Wingfield shared a shocking comment out of the historically snappy judge. The judge asserted that Apple’s lawyers were “smoking crack.” One of Apple’s lawyers had a witty response:

Judge Koh has been on the record several times for her no-nonsense tactics when running her courtroom. She became very angry just yesterday when Apple and Intel attempted to block Samsung’s witness Tim Williams from testifying. According to both Apple and Intel, Williams had several NDAs that should prohibit him from taking the stand. “I want papers…I don’t trust what any lawyer tells me in this courtroom. I want to see actual papers.” Today’s comments were over how long Apple’s rebuttal witness list of 22 was.

The stakes are considered high in the Apple vs. Samsung. Samsung could potentially owe up to $2.7 billion in damages and face a ban on some of its products in the U.S. if found guilty. As for Apple, it could suffer having to pay $421.8 million in royalties. The decision will all come down to a jury of nine. Before deliberations begin, Judge Koh asked both Samsung and Apple to try to settle over the phone.

Even though Samsung rested its case, the company can still call rebuttal witnesses to the stand as long it stays under its 25 hour allotment.

We will let you know how that goes.