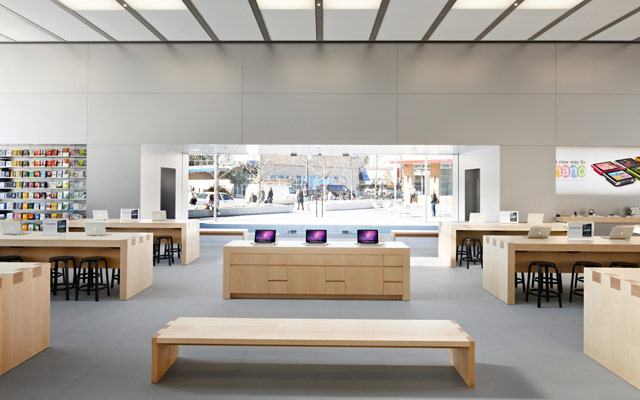 The Moscow News reports that Apple plans to begin direct sales of its own products in Russia in 2013. Apparently, Apple’s own in-house stores will come to Russia in the future, but that time frame appears unclear. Apple executives reportedly looked for Apple retail real estate in Russia last year, but came up empty handed. IFOAppleStore reported last year that Apple retail executives (including former retail SVP Ron Johnson) and Bob Bridger were scouting Russian land.

Apple products in Russia were distributed by the ECS company in 1996-2007. Since 2007, Apple opened an official branch in Russia that conducted its marketing activities. In 2008, they signed with its first official computer distributor – diHouse.

In November 2009, Apple acquired a new distributor in Russia – the Marvel company, and by May 2012 a third one had appeared – OSC. However, 75 percent of all Apple products are still distributed through diHouse. iPhone in Russia is distributed by Vimpelcom and MTS.

Apple has recently had run-ins with Russian carrier partner over the high prices of Apple products in Russia.

Also, then president Dmitry Medvedev visited Steve Jobs in an Apple Store in San Jose early last year where he received an iPhone locked to AT&T’s network to take back to Russia. 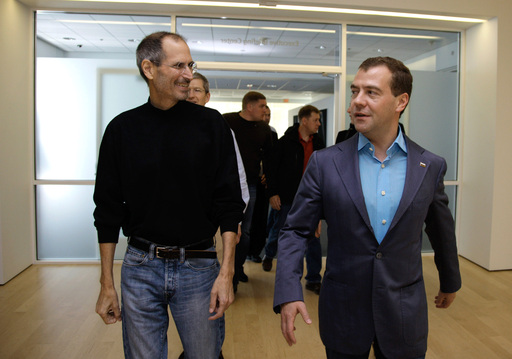