The World Ends with You: Solo Remix: Square Enix has reworked the title originally released for Nintendo DS in 2007 with an all new combat system, HD art, and new music. The $18 iOS port (and $19 iPad version) has made a few changes that hardcore fans of the game are not too pleased with, but overall first impressions have been positive.

Square Enix’s fresh-faced hit The New York Times called “one of the best role playing games ever designed for anything” has busted onto iOS in a big way… Enjoy the game in full HD on your Retina-enabled iPhone 4 or later device. Art and animation across the game has been redrawn just for this release, making combat a beautiful experience. This is how all 2D classics should look. 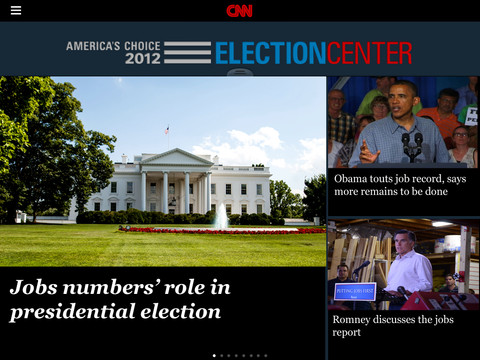 CNN app for iPad version 1.7: CNN’s iPad app, in addition to its official iPhone app, was updated today with the ability to follow the 2012 presidential race through CNN’s U.S. Election Center. The update also includes improved “easy-to-use navigation” for browsing stories and video.

Clueful: A few weeks back we mentioned that BitDefender’s iOS app for detecting apps that access private data was removed from the App Store without much explanation from Apple. Today the company has relaunched the Clueful app as a web app accessible from your iOS devices at Cluefulapp.com. The new web app will let you manually search for info on any given app, opposed to the previous app that would detect the apps running on your device.

AT&T Connect Mobile: AT&T’s app for joining Connect web and audio conferences from your iPhone was updated today with a number of new features including an overhauled UI, full multitasking support, the ability to Quick Join conferences in your calendar, and much more.

Deals: As for apps that are on sale today, Readdle has deals on a few of its popular apps for its Back to School campaign ending Sept. 10. Also Atari is making all 100 games in its Atari’s Greatest Hits app available for free for Labor Day Weekend from August 31 to September 4.

ReaddleDocs for iPhone becomes Free (was $4.99):