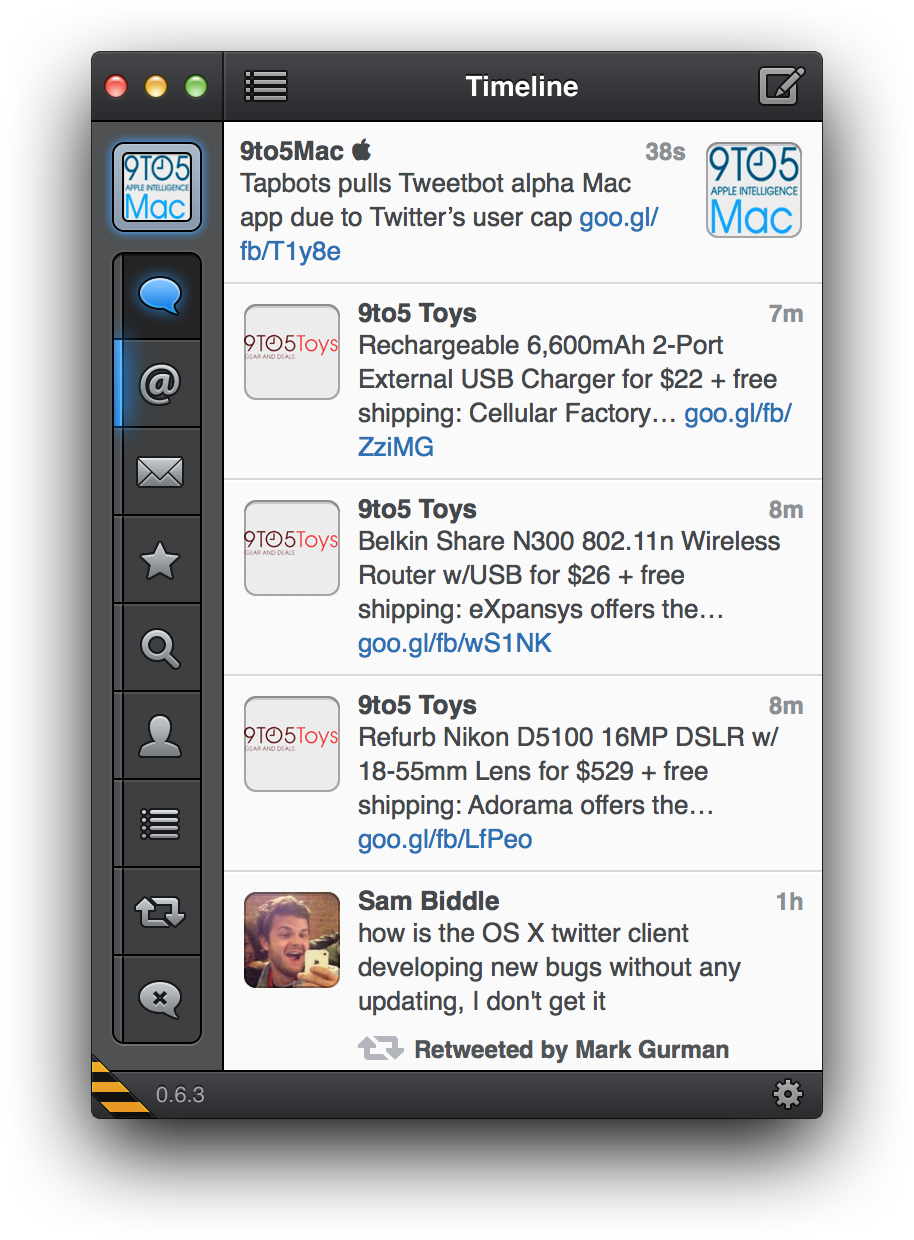 Tapbots, the brains behind Tweetbot, just confirmed in a blog post that Twitter’s latest API changes forced the developer to pull its popular alpha Mac app.

Twitter recently announced it would place user caps on third-party Twitter clients, and Tapbots subsequently claimed it unsuccessfully tried to work with the micro-blogging service to keep its alpha live without going over the allotted cap.

As some of you may have already noticed the download link for the Tweetbot for Mac alpha no longer works. Twitter’s latest API Changes means now we have a large but finite limit on the number of user tokens we can get for Tweetbot for Mac. We’ve been working with Twitter over the last few days to try to work around this limit for the duration of the beta but have been unable to come up with solution that was acceptable to them. Because of this we’ve decided its best for us to pull the alpha.

Twitter clients are now limited to 100,000 user slots, otherwise known as tokens, as of Aug. 16 (or 200,000 users if they were already above the cap). Folks who decide not to use a client can re-add their token to the pool by logging into Twitter and revoking access to the app. If this does not occur, the token is no longer available.

Tapbots chose to pull its Tweetbot alpha due to Twitter’s limit. This will save tokens for the eventual release of the app, which is still in development and eyes a release “in the near future.” To salvage tokens for developers, Tapbots recommended users revoke access to any idle third-party Twitter clients registered on their accounts.

“We wish we could continue on but we didn’t make the rules, we just have to live within them. Again sorry for the hassle and thank you very much to everyone that has provided valuable feedback during the alpha,” Tapbots concluded.

Go to Tapbots’ blog for all the specifics.