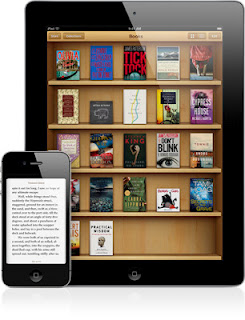 Apple and four major publishers are reportedly trying to end the EU antitrust investigation against them and avoid subsequent fines by letting retailers, such as Amazon, sell eBooks at a markdown for two years.

According to Reuters, the investigation launched in December due to concerns that Apple’s pricing agreements with publishers restricted competition in Europe. Simon & Schuster, HarperCollins, Hachette Livre, and Verlagsgruppe Georg von Holtzbrinck allegedly agreed to set prices on the online versions of their books for sale through Apple.

The deal’s conditions specifically stipulated that Apple takes 30 percent of the proceeds, while other retailers, like Amazon, were not allowed to sell eBooks at a lower price.

The Commission said in April that the five companies had offered concessions in a bid to end the investigation and avert penalties which could reach 10 percent of their global turnover, but it did not give details.

Pearson Plc’s Penguin group, which is also being investigated, was not mentioned among those submitting proposals.

The Commission was now sounding out opinions from the industry as to whether the concessions are sufficient, the person familiar with the matter said, before a formal market test which could lead to the investigation being dropped.

The proposed concessions, as Reuters further reported, apparently resemble the settlements from April regarding a price-fixing lawsuit brought by the U.S. Department of Justice against HarperCollins, Simon & Schuster, and Hachette.