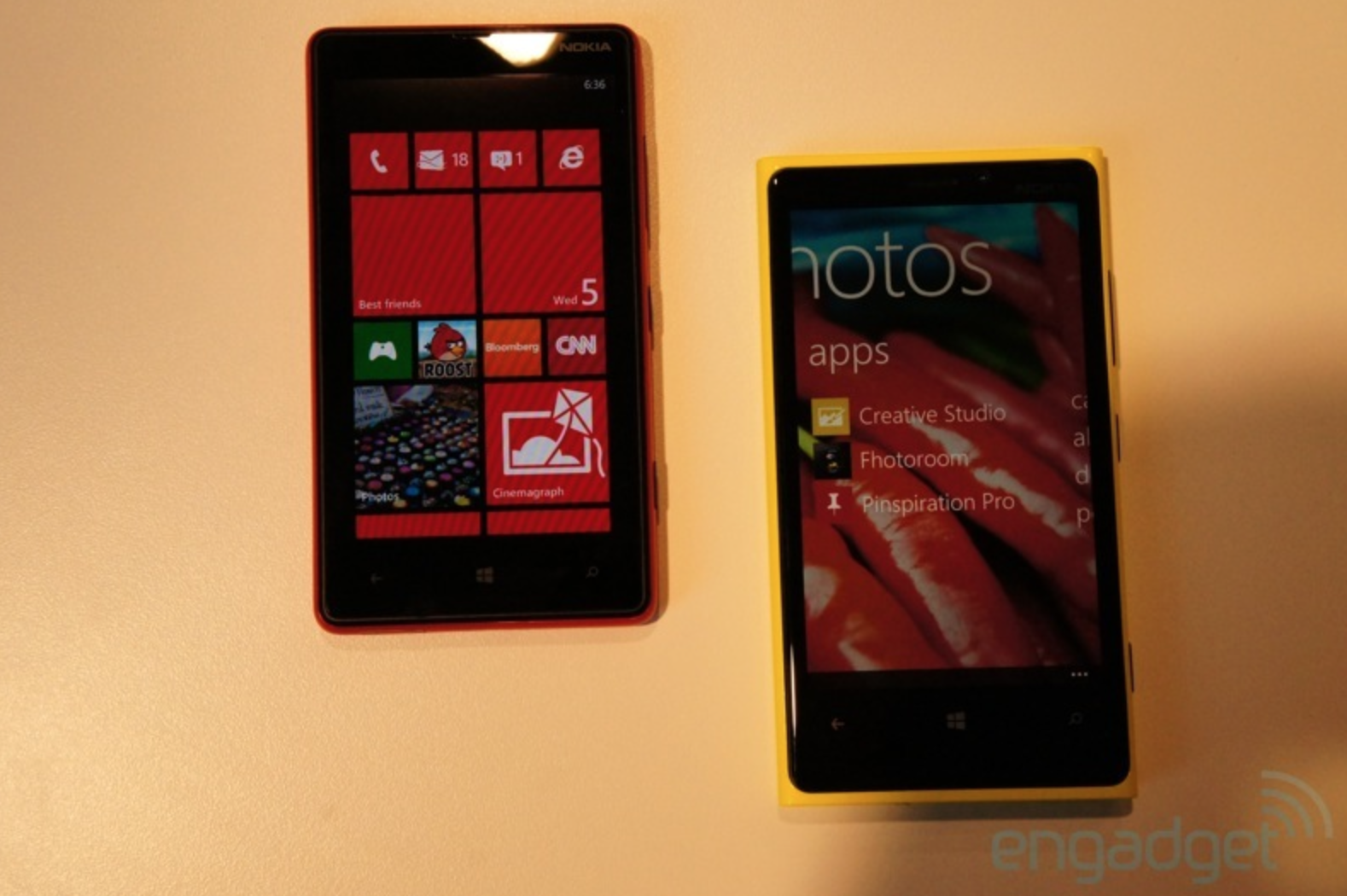 Ahead of Apple’s iPhone 5 event next week, Nokia and Microsoft have officially taken the wraps off of new Lumia phone hardware and software. The companies announced two new handsets today, starting with Nokia’s new flagship device: the Lumia 920. The Lumia 920 takes many of the physical design elements from previous generations of Lumia handsets, but vastly improves on internal hardware and display technology. Some of the new tech specs via Engadget:

While the new display and internal features are impressive, Nokia is touting the Lumia 920’s premier feature as its new camera lens. The camera includes a high quality eight megapixel sensor and 1080P video recording capability. Nokia describes the camera in more detail in its press release:

The Nokia Lumia 920 is the flagship Windows Phone 8 smartphone, including the latest advances in Nokia PureView imaging innovation. Using advanced floating lens technology, the camera in the Nokia Lumia 920 is able to take in five times more light than competing smartphones without using flash, making it possible to capture clear, bright pictures and video indoors and at night. It also compensates for hand movement while the photo is being taken.

The Nokia Lumia 920 also comes with Nokia City Lens, the latest addition to the Nokia location suite. By pointing the camera at a city street, City Lens overlays information about restaurants, shops, hotels and more on the surfaces of buildings, for the most intuitive way to explore surroundings. Nokia City Lens is the start of a new augmented reality experience that also enhances Nokia Maps, making it possible to move between maps view and augmented reality view to help people check their direction and surroundings. Along with enhancements to Nokia Drive and Nokia Transport, the Nokia location suite of services represents the most comprehensive, integrated mapping experience of any smartphone.

Today, Nokia and Microsoft also announced a mid-range Lumia 820. Unlike the Lumia 920, this 820 model includes a flatter back, a Carl Zeiss 8MP camera (versus PureView), wireless charging as an add-on, and a less crisp, 4.3-inch 800 x 480 resolution display.

Both handsets include a slew of new software and other neat features like usability with gloves and cool camera-based software features.

Pricing and specific release information (other than Q4) are yet to be announced.

On September 12th, Apple will debut its new iPhone. The iPhone 5 is expected to include a taller, four-inch display with a resolution of 1136 x 640, a better processor, thinner design, LTE, and new iOS software.