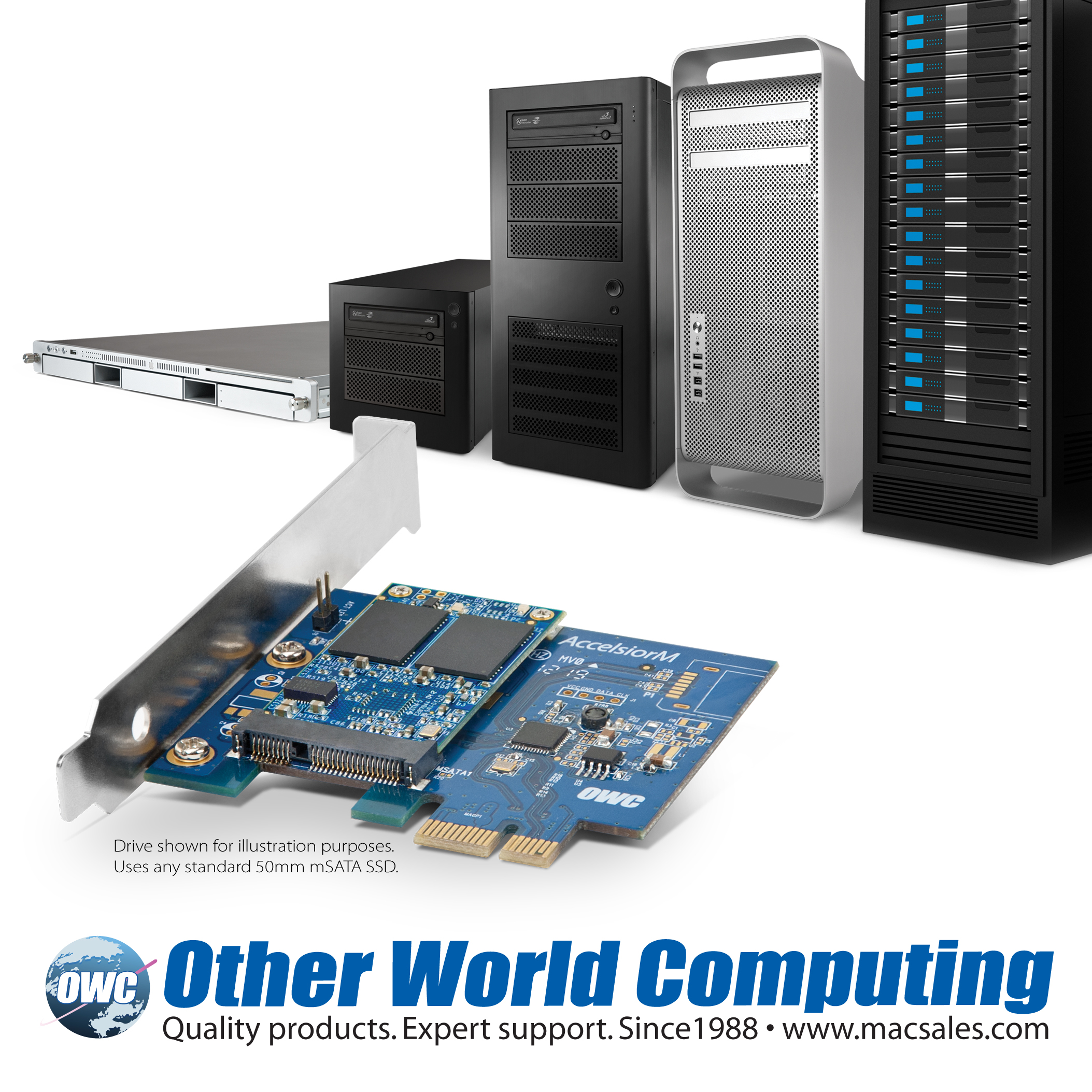 For those looking to notch a few extra bits of speed out of Apple’s professional desktops, this seems like a nice addition: OWC Mercury AccelsiorM.

The $49.95 (suggested retail price) PCIe controller card is available immediately from Other World Computing and other select retailers.

User-Friendly, Yet Robust for Demanding Uses

As easy to install as a memory module, yet robust enough to handle the rigors of professional multimedia production environments, the half-height AccelsiorM card is the clear choice for Mac Pro and PC owners who desire the maximum performance from their 3G data bus-based machines. Waiting for I/O-intensive apps like Photoshop, Final Cut Pro, or Avid Pro Tools to render, capture or process will become a distant memory; business critical applications are given an instant boost; and game level loading, object streaming, and save times can be reduced for more play time and less waiting.

Greatly improving data transfer rates is only one of the benefits of the AccelsiorM. With the ability to use any standard 50mm mSATA SSD, consumers can meet expanding storage needs while extending the useful life of their investment in the AccelsiorM and their mSATA SSDs.

Because AccelsiorM can utilize any open PCIe slot in a Mac or PC, consumers can keep their existing traditional footprint drive array intact and even add to their storage capacity.

The Mercury AccelsiorM PCIe controller card is priced at $49.95 MSRP, comes with a three-year warranty, and is available immediately from Other World Computing as well as through select retailers. This controller card only model joins the previously announced, ready-to-run Accelsior PCIe SSD which features two on-board SandForce Driven “blades” with up to 960GB total capacity and data transfer speeds up to 820MB/s.

“Expanding our Accelsior line is quite rewarding because these products greatly extend the useful life of a Mac Pro or PC,” said Larry O’Connor, Founder and CEO, Other World Computing. “Whether looking for a turnkey solution or a bare card to add sourced drives to, an Accelsior PCIe solution is the product professionals should choose when seeking the highest level of drive performance from their machine.”