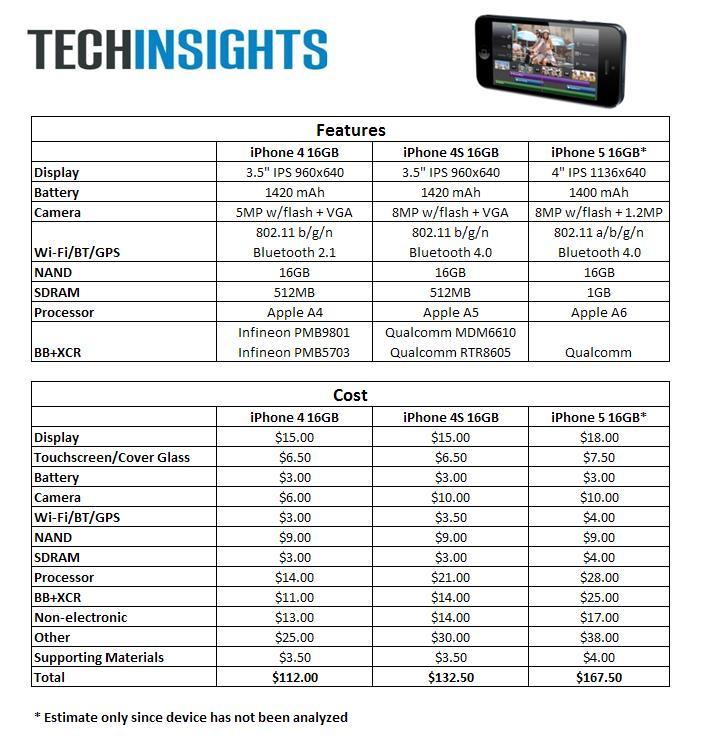 Materials for the 16GB iPhone 5 cost an estimated $167.50, or approximately $35 more than the iPhone 4S bill, according to initial calculations by TechInsights.

UBM Electronics owns analyst firm TechInsights and the news website which first reported the story, EE Times. The preliminary data is based on specs released by Apple at its San Francisco event earlier this week and teardowns of older-version 16 GB iPhones. According to the results, Apple’s A6 processor is the priciest component part at $28.

Note: The chart above is for materials only, so research and development, hardware investments, iOS development, assembly, packaging and shipping costs, etc., are not included.

Get the full report at EE Times.