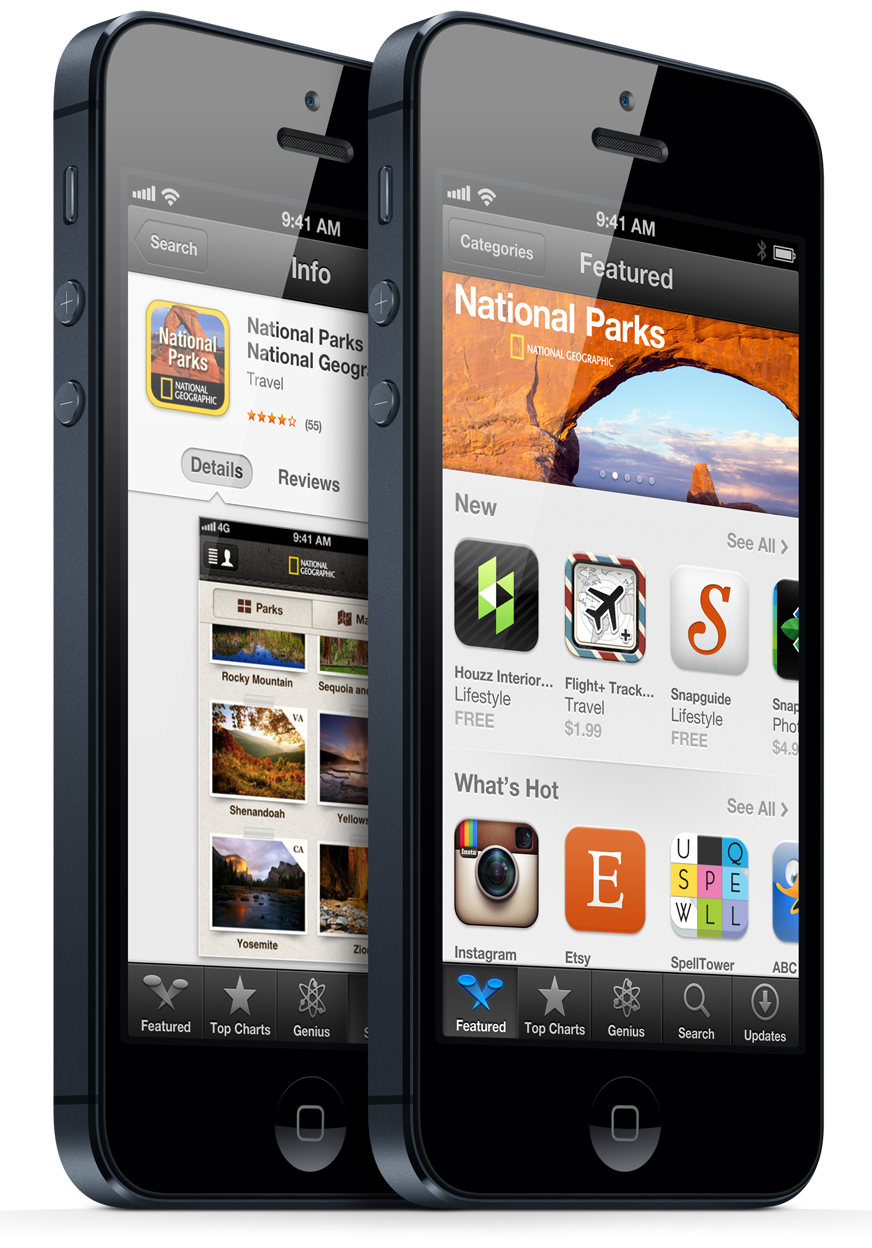 f you want to take full advantage of iOS 6 and the new iPhone 5′s extra screen real estate, you will want to pick up some of the apps and updates below, which are specifically optimized for the device’s bigger screen size and latest OS. We will continue to update the list as more updates that are notable pop up.

Support for iOS 6 and iPhone 5

For the iPhone 5:
– New “Great Tables” search feature makes it easier to find top restaurants with tables available tonight.
– New maps display lets you look at a restaurant list two different ways. Tap the map area to see your the restaurants on a map, and tap the pins to see available tables. To go back to the list, simply scroll the map up.
– Updated design makes the most of the bigger screen on the iPhone 5.

-Compatibility with iOS 6 and iPhone 5; improved speed and stability.

New:
☆ Tumblr users can now select which blog (or blogs) to post to
☆ Compatibility with iOS 6 and iPhone 5

In our top 30 reading apps – this was also updated with iPhone 5 support:

Color Splash 2.0 is our biggest update ever, featuring a redesigned interface with new image editing tools and improved integration with social networks:
– Adjust image brightness, contrast, saturation and more.
– Browse and download photos from Instagram, Facebook and Flickr and share your edited images on Facebook, Twitter and Flickr.
– Create beautiful physical postcards and have them sent to your friends anywhere in the world (powered by Sincerely).
– A redesigned interface makes Color Splash easier and more fun to use than ever.
– The app makes full use of the larger iPhone 5 screen.

○ Optimised for the fabulous new iPhone 5 and iPod touch. Important note:
iOS 6 is here, and we think it’s amazing, so much so that the next version of Shazam (v6.0), will require iOS 6, so why not update now. It’s free and easy to update wirelessly on your phone or iPod Touch: simply open the Settings app, go to “General” and then “Software Update”. From offline Reading Lists to turn by turn directions, you’ll love iOS 6…

-Save time with Passbook! Now you can send & store your “Mobile Ticket” for participating theaters in Passbook & breeze into the theater (iPhone iOS 6 users only)
-General bug fixes & usability enhancements