Verizon CFO says unlimited is ‘going by the wayside’, many customers embrace Share Everything 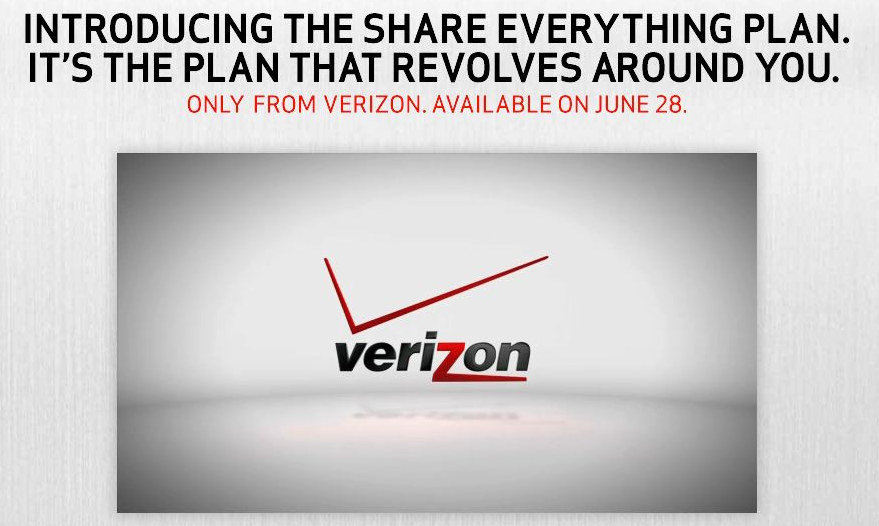 “We are surprised on shared from many different aspects,” said Shammo, as first reported by CNET. “…More people are going to shared than we actually anticipated. And the thing that really surprised us is we have a lot of people coming off unlimited to go to shared.”

Verizon’s Share Everything plan launched in June and allows users to, well, share data with up to 10 devices through a single account. The carrier stopped offering unlimited data to new customers last year, due to growing smartphone usage clogging the carrier’s pipelines; and with the standard now at 4G LTE, Verizon is likely trying to capitalize on every bit of data funneled through its network.

Unlimited data customers are flocking to Share Everything, Shammo suggested, because many of them realize they don’t consume much data. He also noted customers have added more devices than expected.

“Unlimited is just a word, it doesn’t really mean anything,” Shammo contended. “So that whole unlimited thing I think is going by the wayside and they see the benefit of going to the shared. ”

Those who want to hear Shammo’s comments in full can listen to the official webcast at the Goldman Sachs 21st Annual Communacopia Conference page. The full transcript (PDF) is available online, too.