‘Last year, for the first time, spending by Apple and Google on [patents] exceeded spending on research and development of new products’ 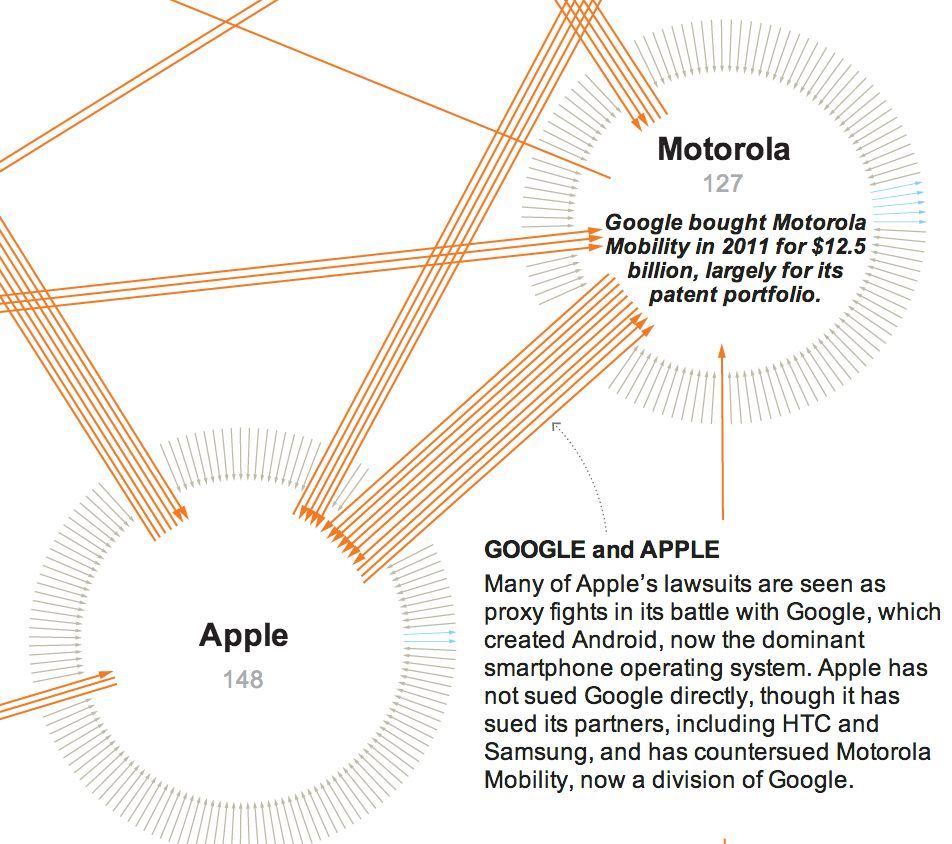 Tonight—a big technology patent deep-dive by The New York Times (non-paginated), with some super-interesting reporting [and I rarely say that about anything with ‘Patents’ in the title] and lots of Apple sourcing. (Interactive: Three Apple patents that were involved in recent lawsuits and a new version of the patent war map.) Some interesting notes:

Apple, for its part, issued the following statement to the NYT:

“Apple has always stood for innovation,” the company wrote in a statement in response to questions from The New York Times. “To protect our inventions, we have patented many of the new technologies in these groundbreaking and category-defining products. In the rare cases when we take legal action over a patent dispute, it’s only as a last resort.

“We think companies should dream up their own products rather than willfully copying ours, and in August a jury in California reached the same conclusion,” the statement said.