Apple has published an iOS 6 and fifth-generation iPod touch version of its iPod touch user guide to iBooks. The user guide goes over the important software and hardware details of the new iPod touch and its new operating system. The new version of the iPod touch has begun preparing to ship to customers who have pre-ordered, but the new devices have yet to show up in retail stores. However, a recent report claimed that the new iPod touch would be made available on October 9th, the publishing date of the user guide. Thanks, Sam. 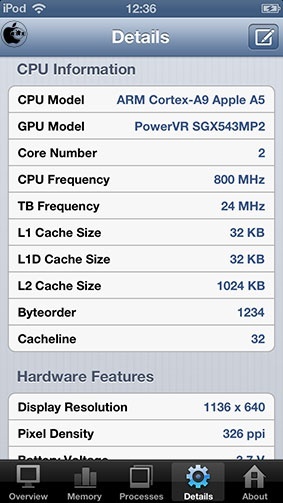 Separately, Macotakara has gotten its hands on some benchmarks from a new iPod touch. Since it has an A5 chip, its performance lines up with that of Apple’s iPhone 4S.