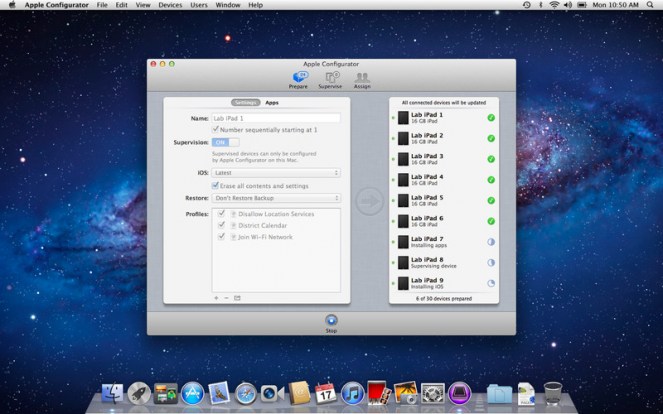 In March, the folks in Cupertino released Apple Configurator. It is a Mac app that allows someone to administer many iOS devices at a time like in a school or business (or a 9to5mac editor’s house) setting. The application has been updated this evening with a slew of features, including: support for new iOS 6 features, iMessage, iBookstore, GameCenter, and for configuring advanced network options on Apple TV. If you have many iOS devices under your watch on a daily basis, you may want to check out this update. [Mac App Store]

via The Next Web