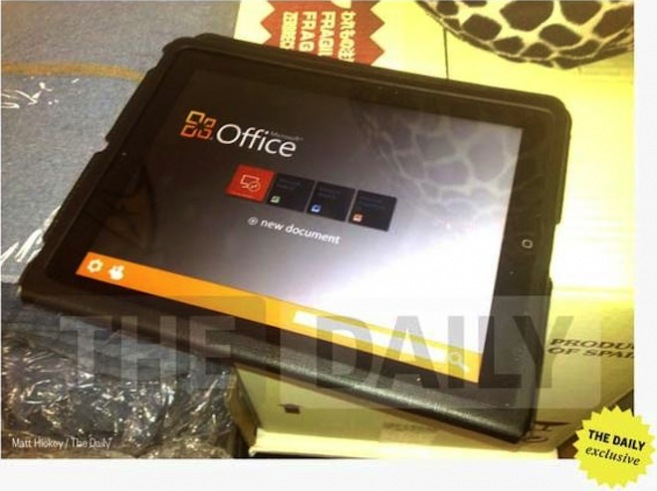 A Microsoft executive just revealed native iOS and Android versions of Office 2013 would launch next year.

Microsoft Product Manager Peter Bobek spoke at a media event in the Czech Republic this morning and subsequently confirmed with local website IHNED that a consumer version of the native apps will release around March 2013.

The Verge later read a press release from Microsoft’s Czech Republic office, although it did not provide a copy for publishing, and verified the news. The release allegedly further noted a business variation would go public in December 2013, as well.

Microsoft’s widely-speculated plans to launch an iPad app for its Office suite have been rumored for quite some time, especially after The Daily published a supposed image of the app running on an iPad earlier this year. Microsoft denied it was a real image at the time, without actually denying reports that the company planned to release a native app, but The Daily stood its ground and specifically claimed a Microsoft employee demoed the iOS iteration.

Get the full report at The Verge.

UPDATE 1: IHNED contacted 9to5Mac to provide a correction of its original report: “The timeline for Office for iOS and Android is not [a] March release, but release sometime after March.”