Following earnings call, AAPL drops below 600 for the first time since July 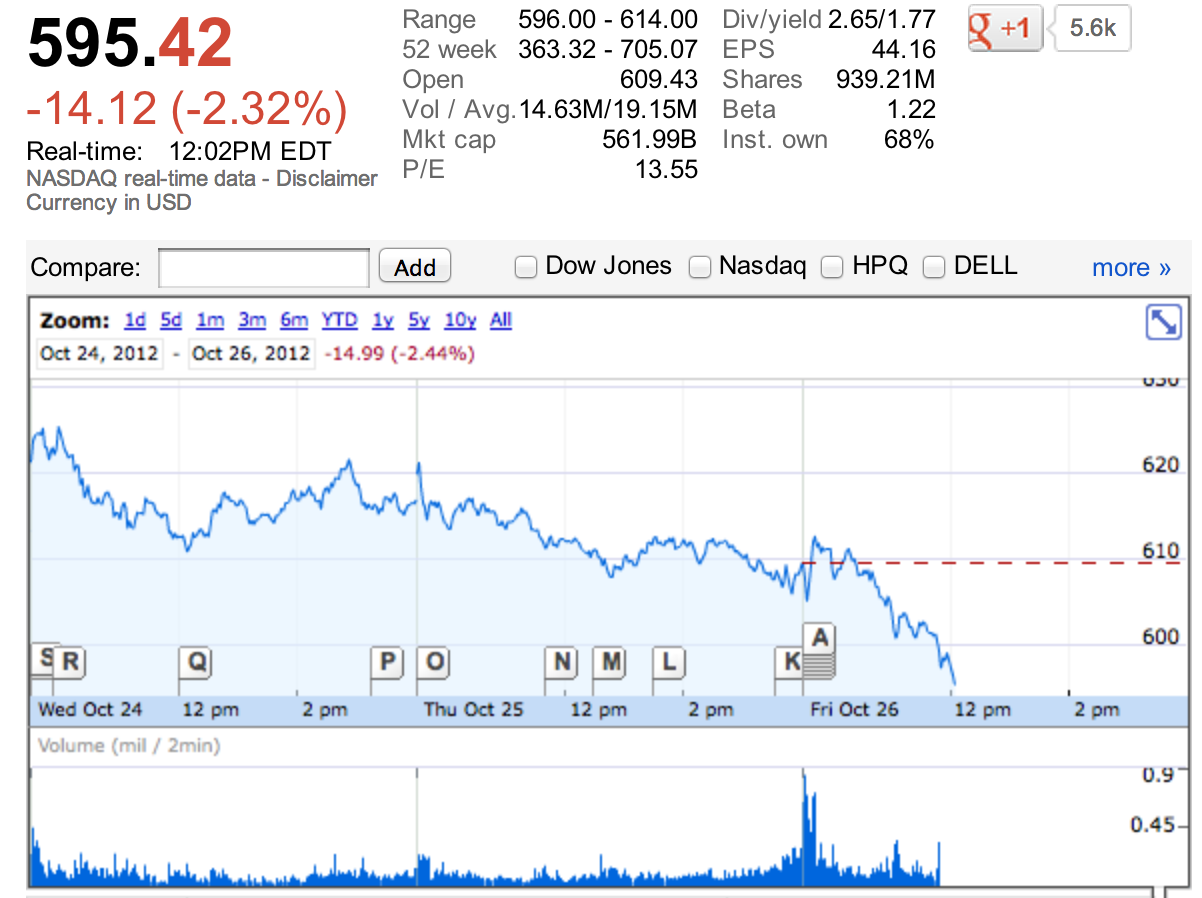 Less than 24 hours after releasing its fourth-quarter earnings results, Apple stock has now dropped below $600 for the first time since July. Apple reported Q4 earnings slightly higher than the analysts expected (apart from iPad sales, with 14 million units sold coming in lower than most estimates). Apple posted $8.2 billion in net profit with $36 million in revenue and diluted earnings per share of $8.67. That compares to an average of about 15.5 million iPads, earnings per share of $8.75, and $35.51 billion in revenue expected by the analysts.

During Apple’s Q4 results conference call yesterday, Apple CEO Tim Cook answered questions about iPhone 5 supply and demand and shortages going forward. According to Cook, production is increasing but the company is still in a “significant state of backlog.” He confirmed Apple still plans to roll out the device to 100 countries by the end of the year. This morning—the iPad mini, and fourth-generation iPad, officially went up for pre-order. Shortly after, Apple sold out of some models and pushed back shipping times.

Cook remained confident that component shortages would not hold back iPhone and iPad sales, stating he is “pleased with the current volume of output.” He did, however, warn about significant iMac delays headed into the holidays: