As Hurricane Sandy prepares to make landfall tomorrow, several Apple Stores along the East Coast have begun to prepare for the storm. Jonathan Wald tweeted several pictures showing how the iconic 5th Avenue Store in New York is preparing. The storefront is being blocked off with sandbags, and MacBooks, iPads, iPhones, and iPads are being covered in plastic bags to prevent water damage.

An Apple Store in Philadelphia also prepared this morning with sandbags: 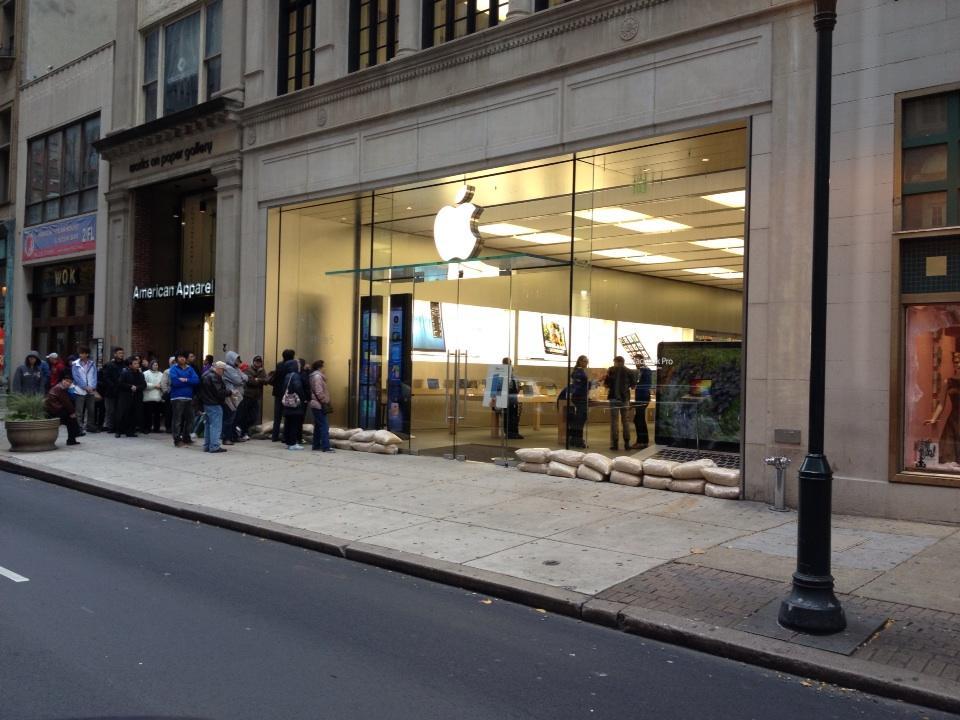 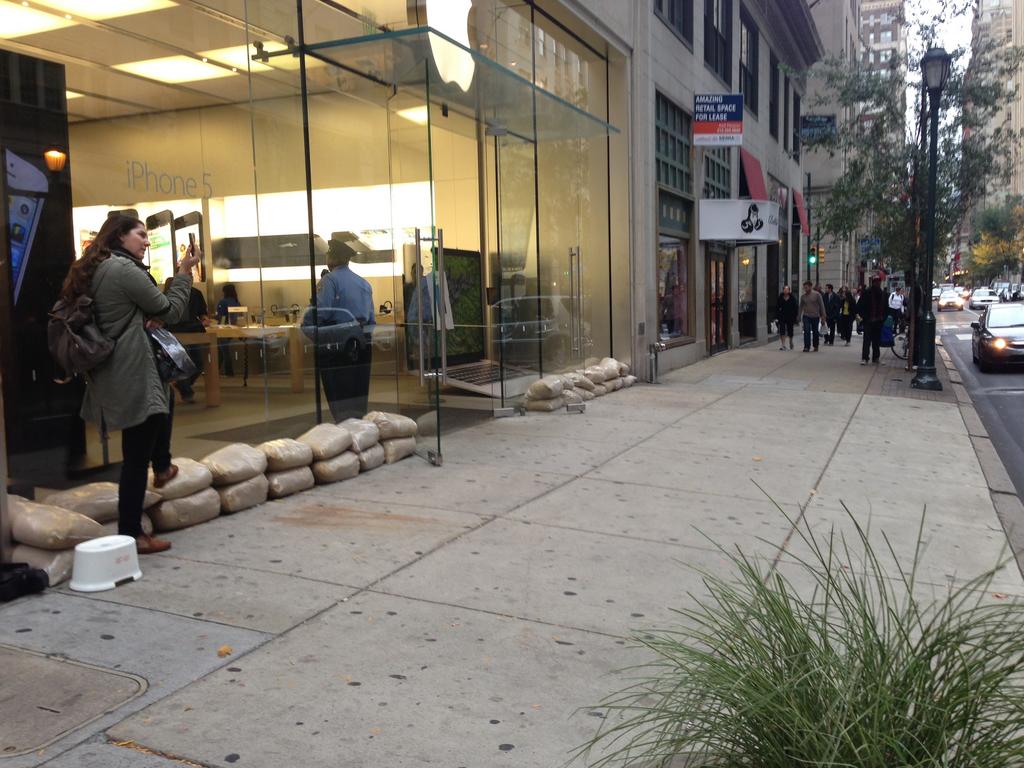 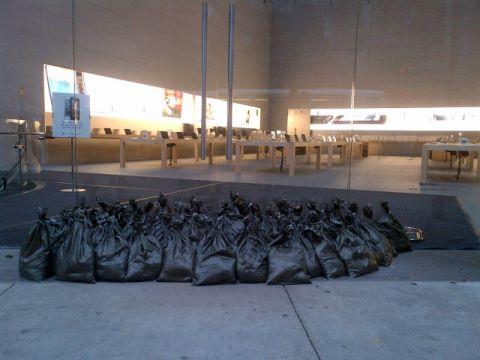 Additionally, we learned Apple Stores on the East Coast are warning its employees that stores may be closed Monday and Tuesday—depending how the weather pans out.

Google took precautions too, as it cancelled a big Android event set to take place Monday morning. The company was expected to announce the LG Nexus 4, Nexus 10 tablet, and Android 4.2 Key Lime Pie.